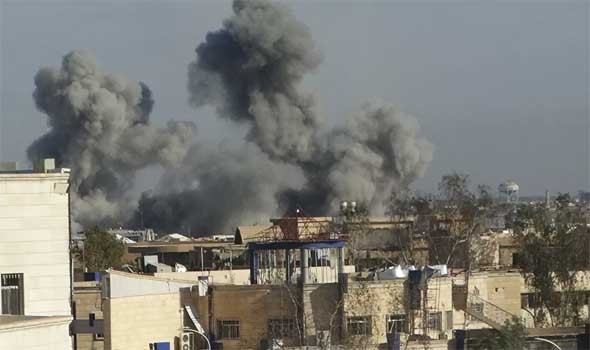 They added "the bombing is still continuing until this moment. No causalities were recorded."

The sources also reported that Russian forces witnessed the bombing without any intervention which prompted the denunciation of the residents."

Ain Issa, where the clashes erupted, sits along the M4 highway that links major Syrian cities and where the Russian-Turkish patrols usually take place.

Ain Issa, east of the Euphrates (Al-Furat) River, also has a sprawling camp for displaced people where the SDF has held families of ISIS fighters, including foreigners.