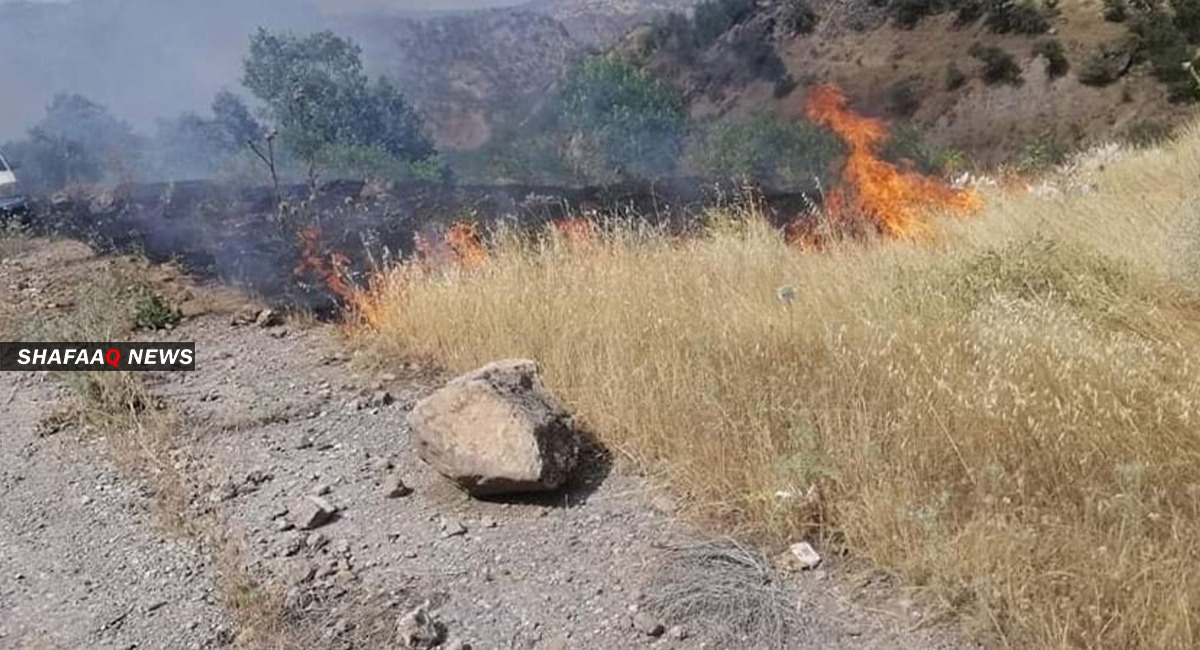 Shafaq News/ Flames engulfed agricultural fields in five villages in Duhok after the Turkish artillery targeted sites in the sub-district of Kani Masi in Amadiyah.

Herwari said that the fields are still ablaze, and the firefighting teams are unable to reach the site due to the Turkish bombardment and rugged terrain of the area.