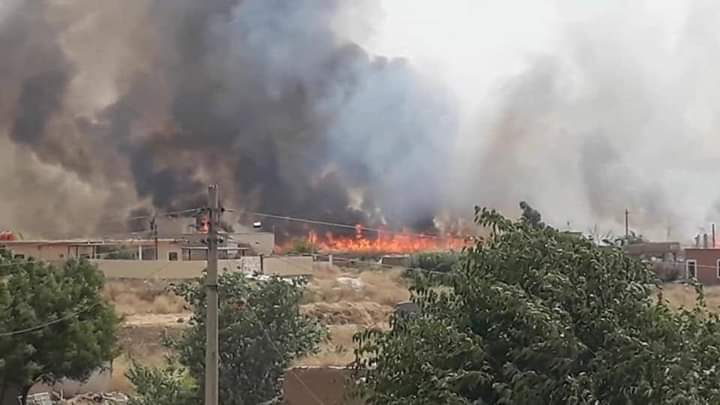 Shafaq News/ Eyewitnesses reported on Thursday that fires erupted in hundreds of dunums of agricultural land and natural forests, north of Duhok, as a result of Turkish shelling.

They added that large fires broke out in the vicinity of the village, causing damage to hundreds of acres of agricultural land and forests, noting that the fires were still burning until the moment.

Turkish airstrikes on PKK sites in the north of Duhok