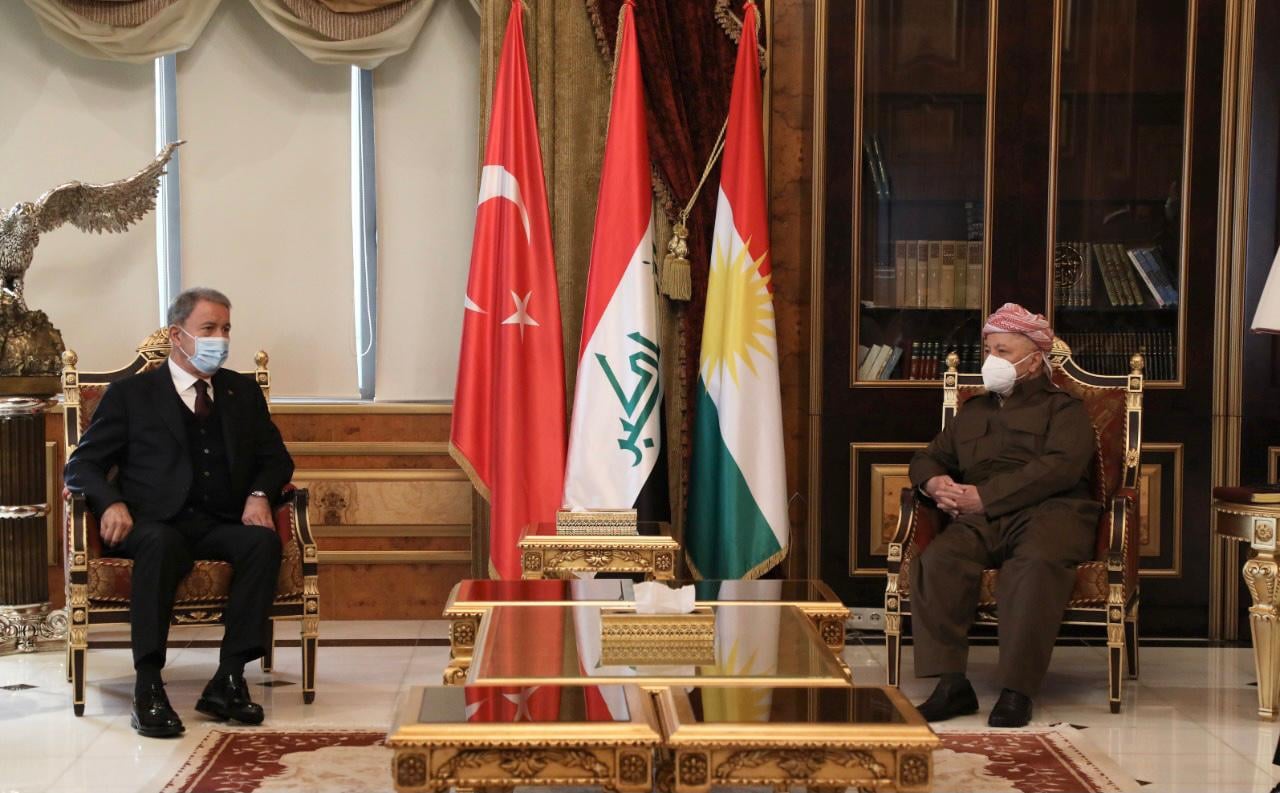 Hulusi was flanked by Yasar Guler, Chief of Staff of the Turkish Army, Hakan Karacay, the Turkish Consul General in Erbil, and advisors in the Turkish Ministry of Defense.

In a statement received by Shafaq News agency, the Media office of the Kurdish leader said that the Minister of Defense emphasized during the visit the need for security and stability in the region and developing relations between Turkey, Kurdistan, and Iraq, which he deemed as "very vital" for his country.

The minister added that security and stability would contribute to strengthening the economy and development in the region, hoping that Erbil and Baghdad reach common ground regarding the outstanding issues through dialogue within the framework of the constitution.

For his part, the Kurdish leader, Masoud Barzani, referred to the historical relations between the Region and Turkey and emphasized the foundations of harmony between the two sides, shedding light political situation, challenges, and developments in Iraq and Kurdistan.