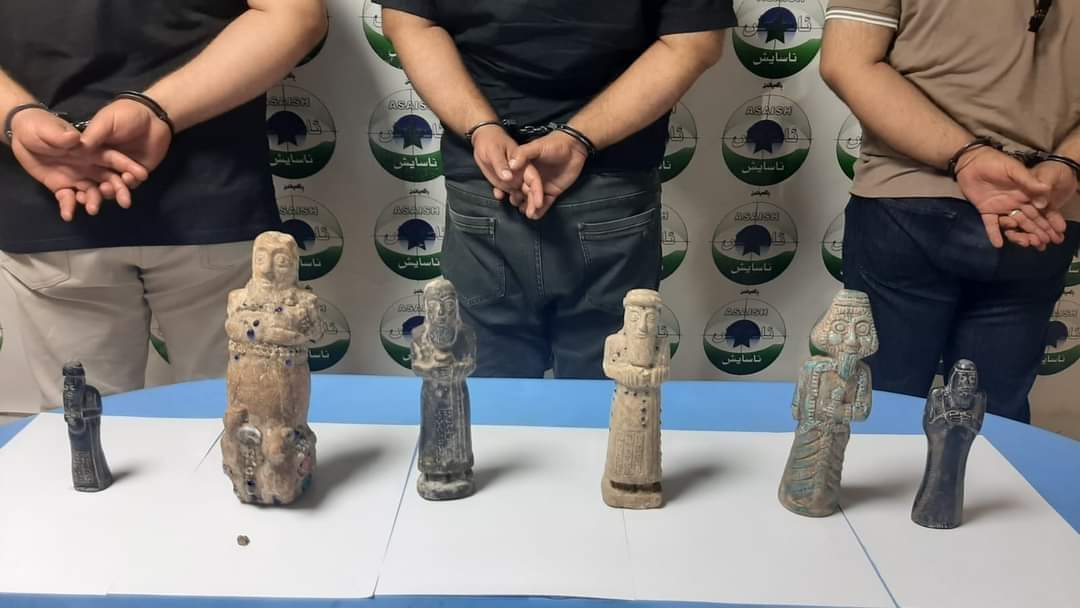 Shafaq News / The Asayish forces in al-Sulaymaniyah announced on Monday arresting the members of a network that smuggles artifacts outside the country.

A statement by the Asayish said that the network consists of three people who were caught red-handed stealing six artifacts, hiding them in their vehicle, and preparing to smuggle them to Iran through Halabja.

An investigation was opened into the incident based on Article 63 of the Antiquities Law of Iraq.