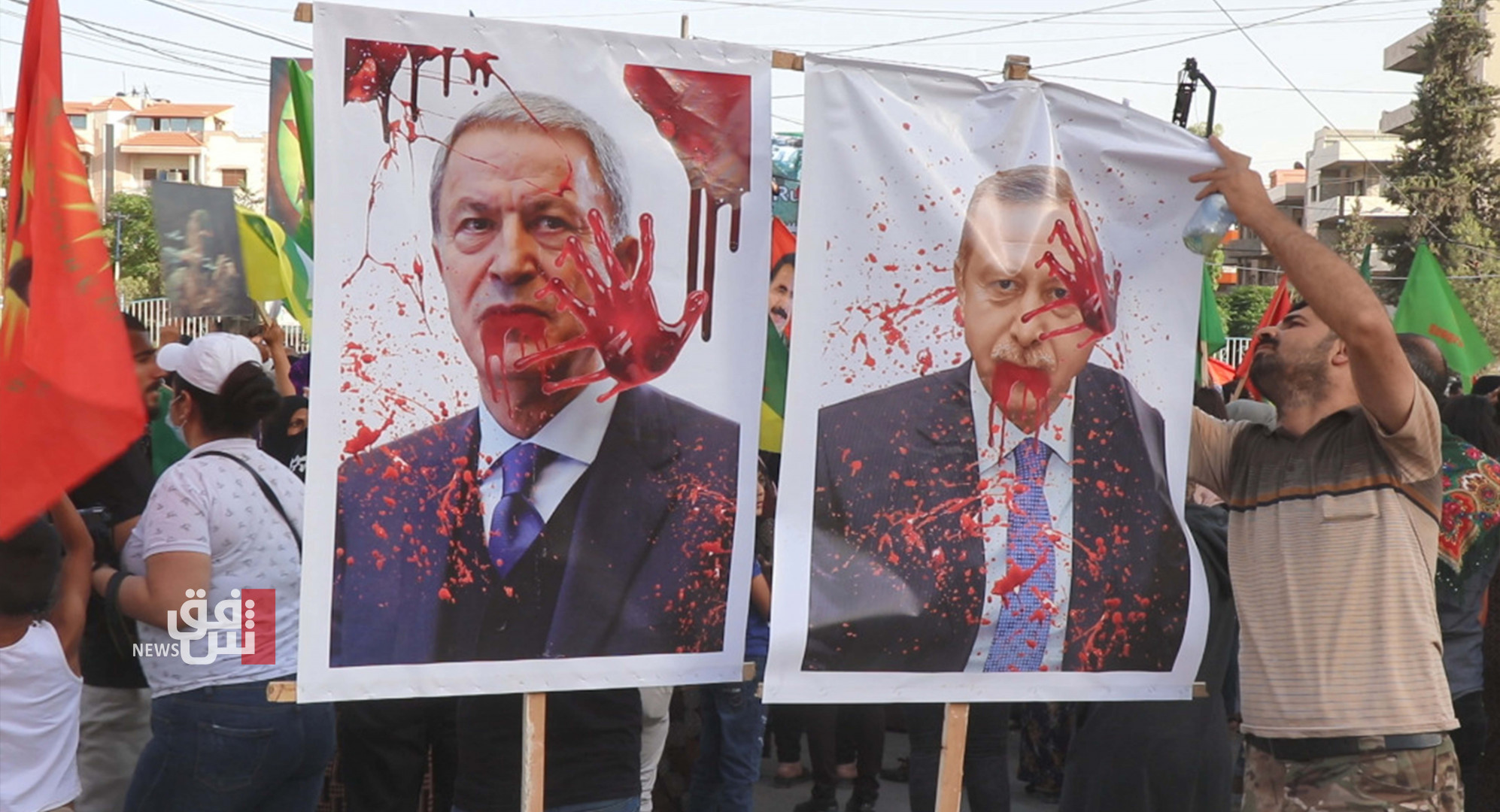 Shafaq News/ Thousands of people participated on Thursday in Qamishli, the largest Kurdish city in northeastern Syria, condemning the  Turkish attacks in Syria and the Kurdistan Region of Iraq.

The demonstrators raised the flags of the Kurdistan Workers' Party (PKK) and pictures of its leader Abdullah Ocalan, as well as holding  banners with slogans condemning the Turkish attacks.

Talaat Younis, the co-chair of Al-Jazeera region in the Autonomous Administration, told Shafaq News Agency, "The people of Al-Jazeera  participated in the Dignity March, denouncing the acts of the fascist Turkish state in Kurdistan and   northeastern Syria, as well as its violations in the occupied areas."

He pointed out that "this march is to stand in solidarity with the Popular Defense Forces who are resisting the Turkish occupation, and also in support of the Syrian Democratic Forces, which are defending the lands of northeastern Syria."

The co-chair called "all regional countries and the international community for stopping the Turkish state's policies of occupation and attacks targeting the people of the Region."

Younis also stressed, "the necessity of uniting the Kurdish ranks to stand in the face of Turkish ambitions and plans against the Kurdish people."