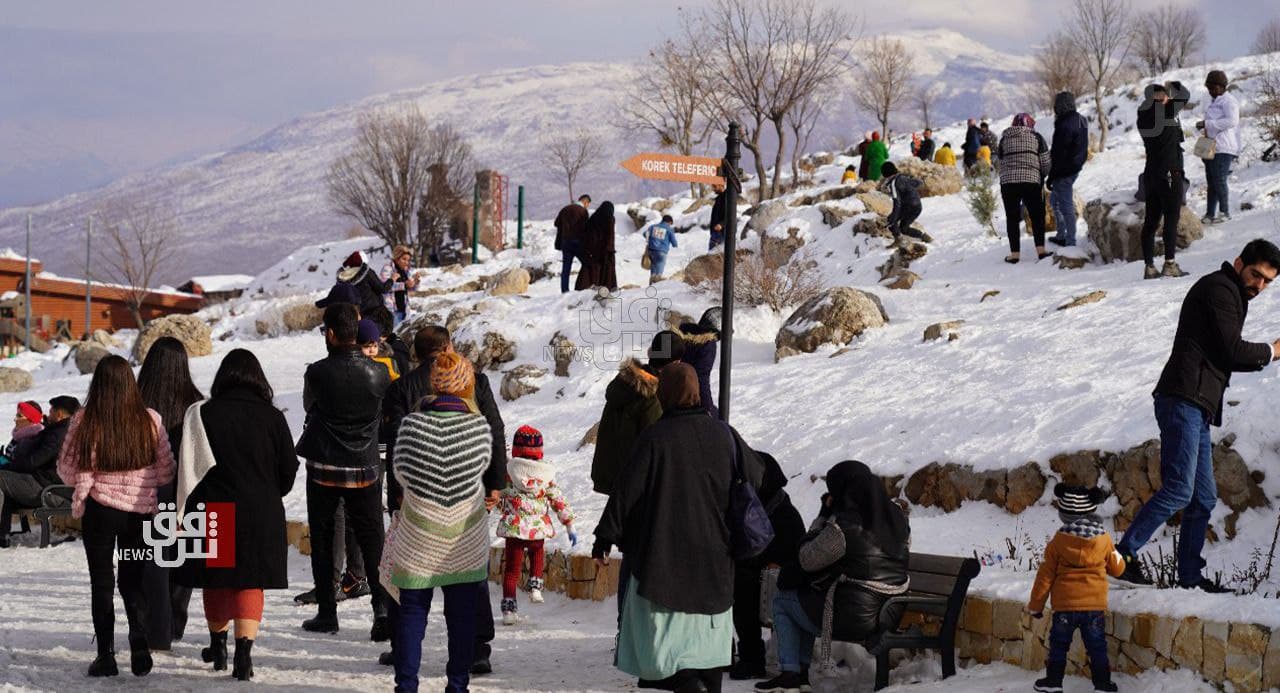 The authorities expect more arrivals to the area in the coming days.

Fifty kilometers away from the Iranian border, Mount Korek is located in Erbil Governorate.

The Mountain region has extreme weather. Temperature ranges from 2 - 33 °C.

It has 60 – 100 days of snowfall in the mountains between December and March.

Erbil, the fourth largest city in Iraq after Baghdad, Basra, and Mosul, is a top-rated tourism destination, especially for Iraqis who come from the center and south to escape the summer heat.

The city officially has been appointed Arab Tourism Capital 2014 by the Arab Council of Tourism.