The US expresses support for Iraq and Kurdistan 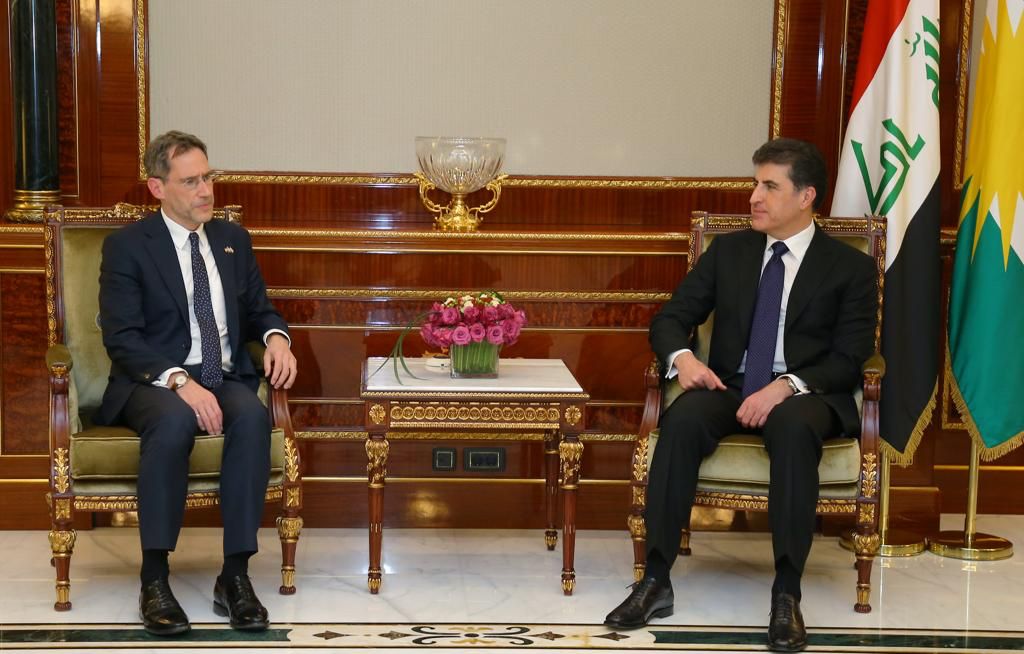 Shafaq News/ On Wednesday, the Kurdish President received an American delegation headed by the Acting Assistant Secretary of State for Near Eastern Affairs Joey Hood in Erbil.

According to the statement, during the meeting attended by diplomats and officials at the US Consulate in Erbil, the two sides held talks about freedom of opinion, human rights, developments in Ukraine, and the situation in Afghanistan and the Region.

Barzani and Hood agreed on the necessity of overcoming problems and obstacles of the political process in Iraq, forming a government that represents citizens' demands and all components, and the importance of the unity of the Kurdish parties.

The statement added that Hood emphasized the strong relations, friendship, and partnership with Kurdistan and expressed the US support for Iraq and the Region.

The Kurdish President wished success for Hood, who would assume a new diplomatic mission soon.