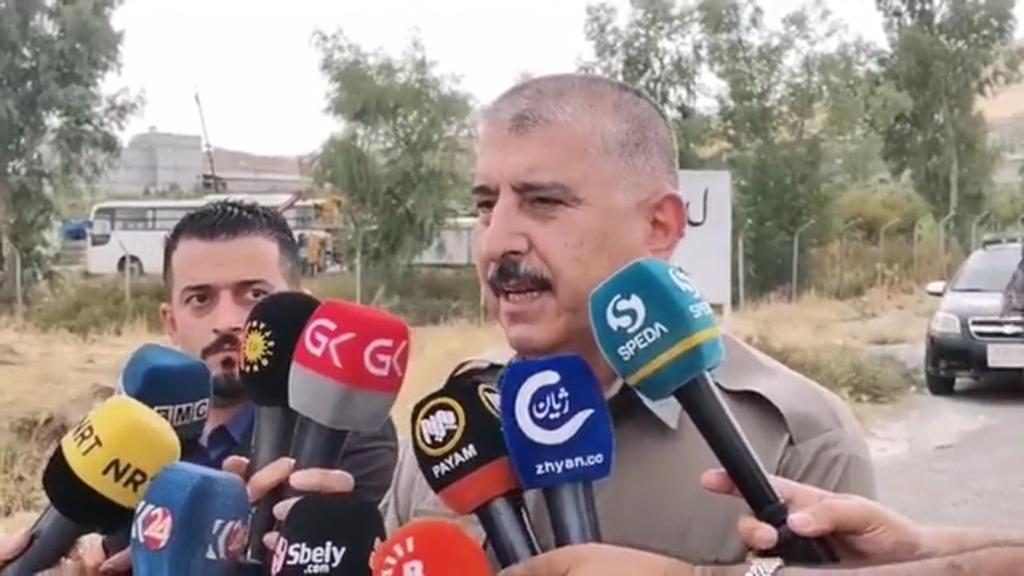 shafaq News/ The unit 70 of the Peshmerga Ministry confirmed that an explosion took place in an ammunition depot inside its headquarters in Al-Sulaymaniyah Governorate.

A spokesman for the forces, Ahmed Latif, said in a statement to reporters, " at 10:50 am today, a small ammunition depot, exploded inside the headquarters of the unit 70 in Raperin in Al-Sulaymaniyah", noting that most of the ammunition in the warehouse was expired.

Latif added that the fire destroyed the warehouse and two vehicles were close to the site without causing other casualties, indicating that, "we formed an investigation committee to reveal the causes of the fire and the results will be announced to the public opinion".

PKK: We are against Kurdish internal fighting