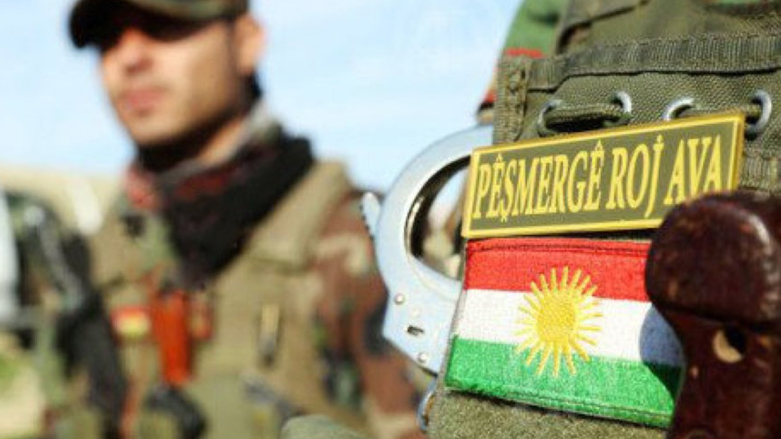 Shafaq News/ The Kurdish National Council in Syria condemned today, Wednesday, the statements of a leader of the Democratic Union Party (PYD) as it aims to torpedo the Kurdish-Kurdish dialogue in Syria.

Aldar Khalil, a member of the joint presidency committee of the Democratic Union Party, described in statements to Ozkur Politika newspaper, published in the Netherlands, the Peshmerga Roj as "Mercenaries of the Turkish state" that "do not belong to the Peshmerga".

The Council added," the statements of the chief negotiator, PYNK, who described the Peshmerga Roj as mercenaries, is nothing but a new attempt by him to disavow what has been accomplished in the negotiations under American auspices, and thwart the Kurdish unity that will allow Peshmerga Roj to claim their natural position in protecting their people in their areas."

The statement added, "the abuse of the Roj Peshmerga forces is an insult for every Kurdish family whose sons sacrificed their lives to defend the land and people of Kurdistan."

The Council addressed the representatives on the American side and the SDF leadership demanding to "put an end to these abuses and exclude whoever does not believe in the unity initiative. The leadership of PYNK must clarify its position on the statements of the head of its negotiating delegation and apologize to the heroes of the Peshmerga and their families."

The Kurdish National Council, comprising 16 parties, and the Kurdish national unity parties, comprising 25 Kurdish parties and organizations, began negotiations under the auspices of the U.S. in the Autonomous Administration in northeastern Syria and the supervision of the leader of the Syrian Democratic Forces, Mazloum Abdi, in early April. The negotiations aim to unite the Kurds in Syria and activate the Kurdish Council’s participation in the Autonomous Administration of North and East Syria.

Peshmerga: Aid and coordination with the US side is essential to protect interests in Kurdistan and the region