The Iraqi army, the Peshmerga and the Global Coalition launch a security operation in Kifri 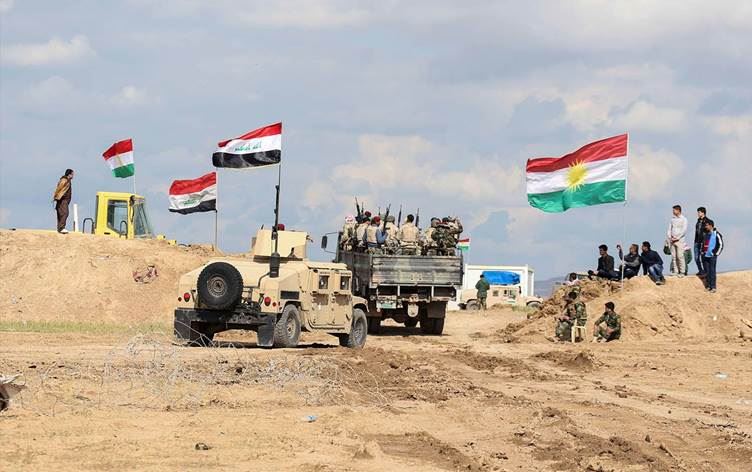 Shafaq News/ A joint force of the Peshmerga, the Iraqi army and the Global Coalition launched today a military operation to pursue ISIS terrorists on the outskirts of Kifri district, affiliated with the Garmyan administration in the Kurdistan region.

Major General Muhammad Rustom, assistant commander of the second axis of the Peshmerga, Hamrin-Qara Tapa, told Shafaq News Agency that during the operation, the force located warehouses and seized weapons, equipment, and explosives in the Balkaneh area, noting that it carried out a wide combing campaign based on intelligence information and coordination between Baghdad and Erbil.

For its part, the Security Media Cell said in a statement that the Counter-Terrorism Service and the Peshmerga forces launched a wide security campaign, preceded by five F-16 airstrikes on selected targets in Tuz Khurmatu, followed by an airdrop by the service’s joint forces, and accompanied by Peshmerga and Iraqi ground forces, to inspect these areas.