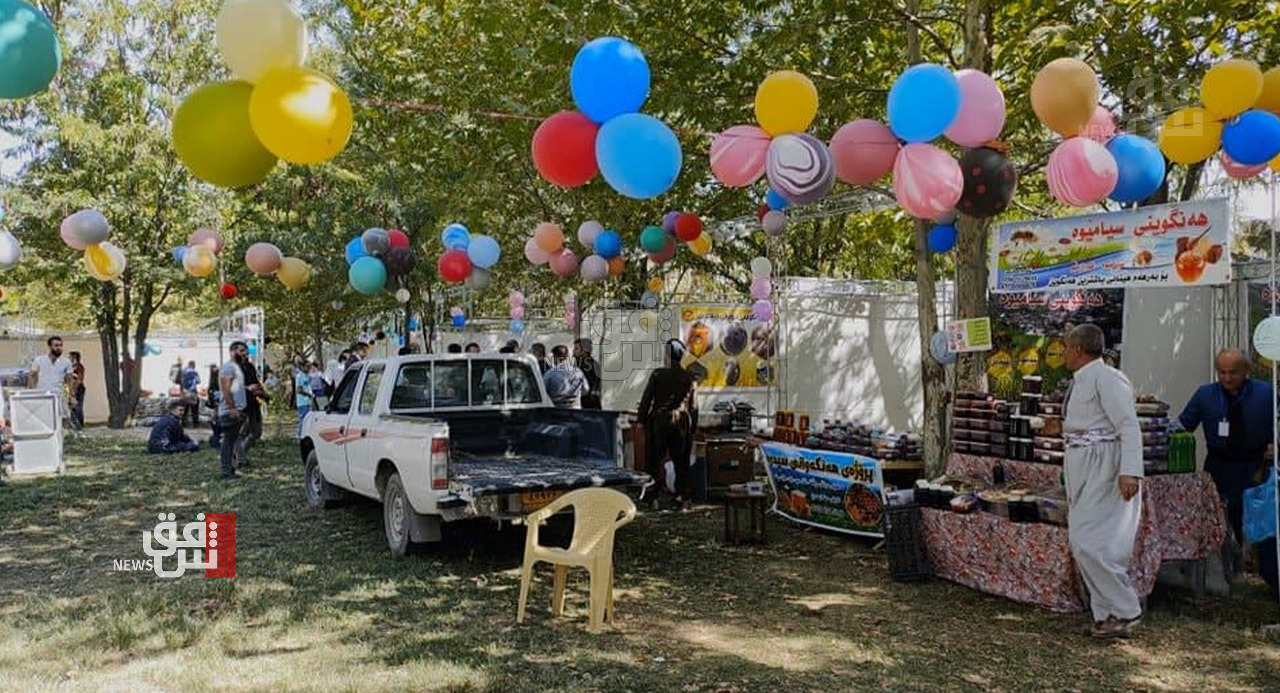 Shafaq News/ The Autumn Festival activities are ongoing, to support the local products in Penjwen district in al-Sulaymaniyah, for the second day in a row.

that the Autumn Festival allows the farmers to display their products.

For his part, Sardar Ahmed, another farmer participating in the festival, explained, "the aim of the festival is to support the local product in the autumn season, when tomatoes are abundant, and the farms can cover the needs of the central and southern governorates."

Ahmed called on the Iraqi government and the Federal Ministry of Agriculture, "not to allow the entry of agricultural products, especially tomatoes, through southern Iraq's border crossings, so that traders can buy the local product."

Students demonstrate for the fourth day in a row in Al-Sulaymaniyah, Kurdistan