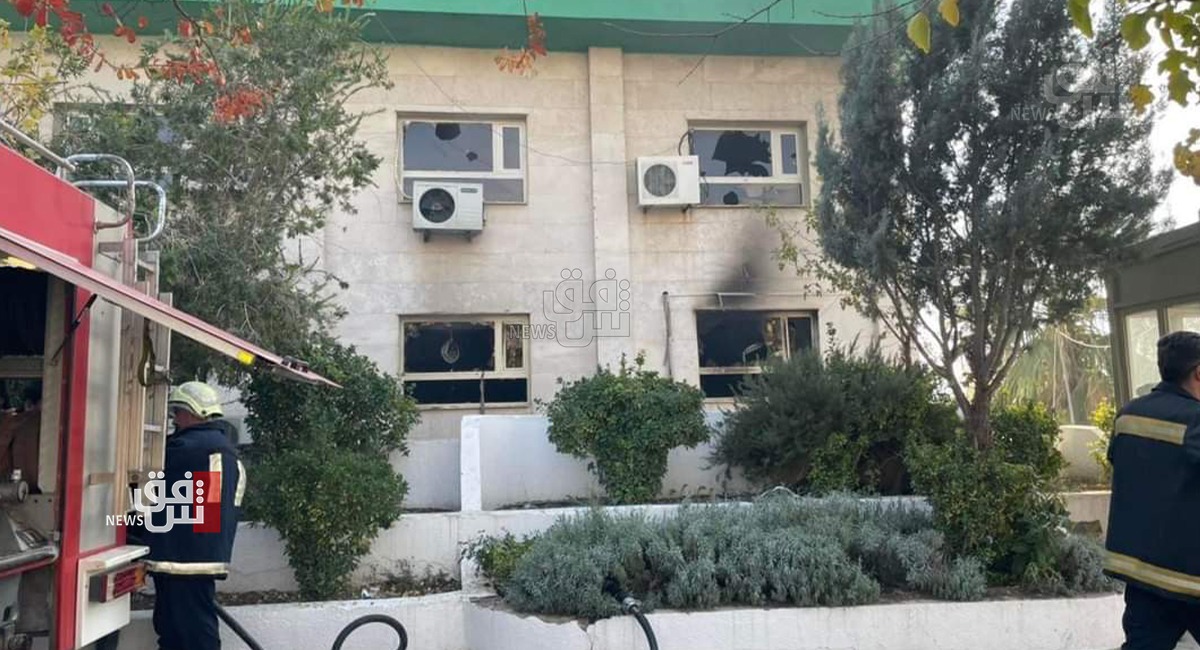 Shafaq News/ A fire broke out inside al-Sulaymaniyah Organizations Headquarters of the Patriotic Union of Kurdistan (PUK) amid a violent row between law enforcement and university students demanding the reinstatement of abolished allowances.

Shafaq News Agency correspondent said that the civil defense teams managed to extinguish the fire that engulfed a part of the people building.

Angry demonstrators were seen throwing rocks at the windows of the building.

The undersecretary of Kurdistan's Ministry of Interior and Al-Sulaymaniyah Police Chief has arrived in the building to assess the damages resulting from the students' attack.

Law enforcement in al-Sulaymaniyah successfully restored traffic movement in many parts of the city after deploying force to disperse the students demanding the disbursement of the government financial grants.

Shafaq News Agency correspondent said that the security forces used tear gas to disperse the demonstrators, causing multiple cases of suffocation, after the latter did not abide with their requests to open the roads and keep the demonstrations near the University headquarters.

Kurdistan's Minister of Higher Education and Scientific Research, Aram Mohammad Qadir, said that the students' demands are "plausible and justified". Qadir said that he has been working on this issue since his first day in the office.