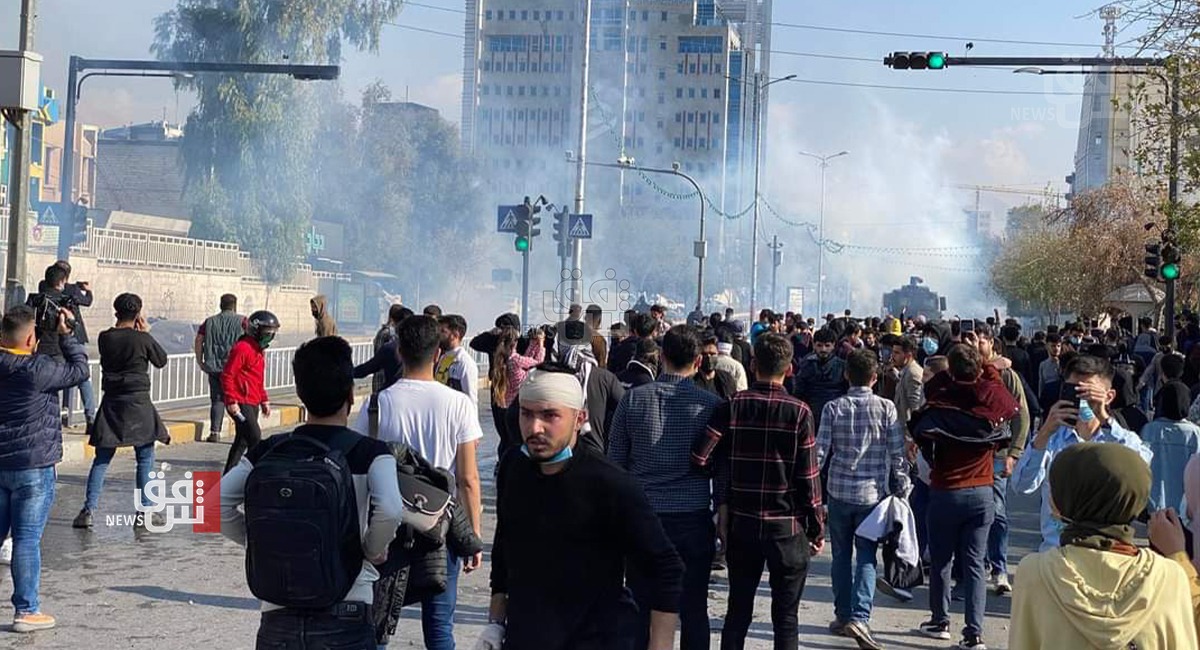 Shafaq News/ On Tuesday, the security forces in Al-Sulaymaniyah took control of the main roads to prevent the protesting students from reaching the city center.

Shafaq News Agency correspondent said that the security forces closed all the main roads to prevent the students from reaching the center of Al-Sulaymaniyah city, which prompted them to move through alleys to reach their goal.

He pointed out that the security forces detained the photojournalist of the "Rose News" agency, while the correspondent of the KNN channel of the Kurdish Change Movement suffocated due to tear gas.

As a result, the Kurdistan Regional Council of Ministers decided to hold a meeting tomorrow to discuss this issue.

for the third consecutive day, students continue their demonstrations in the cities of the Kurdistan Region including Erbil, Chamchamal, Dokan, Rania, Kalar, Halabja, and Khanaqin demanding the authorities to improvement their financial grants.

The students of Al-Sulaymaniyah University closed this morning the main door of the university before they moved to the main highway that connects the Governorate with the cities of Kirkuk and Erbil.

Yesterday, Monday, the security forces used tear gas and an electric pistol to disperse the protesting students, as a which resulted in the wounding of many students.