Students demonstrate for the fourth day in a row in Al-Sulaymaniyah, Kurdistan 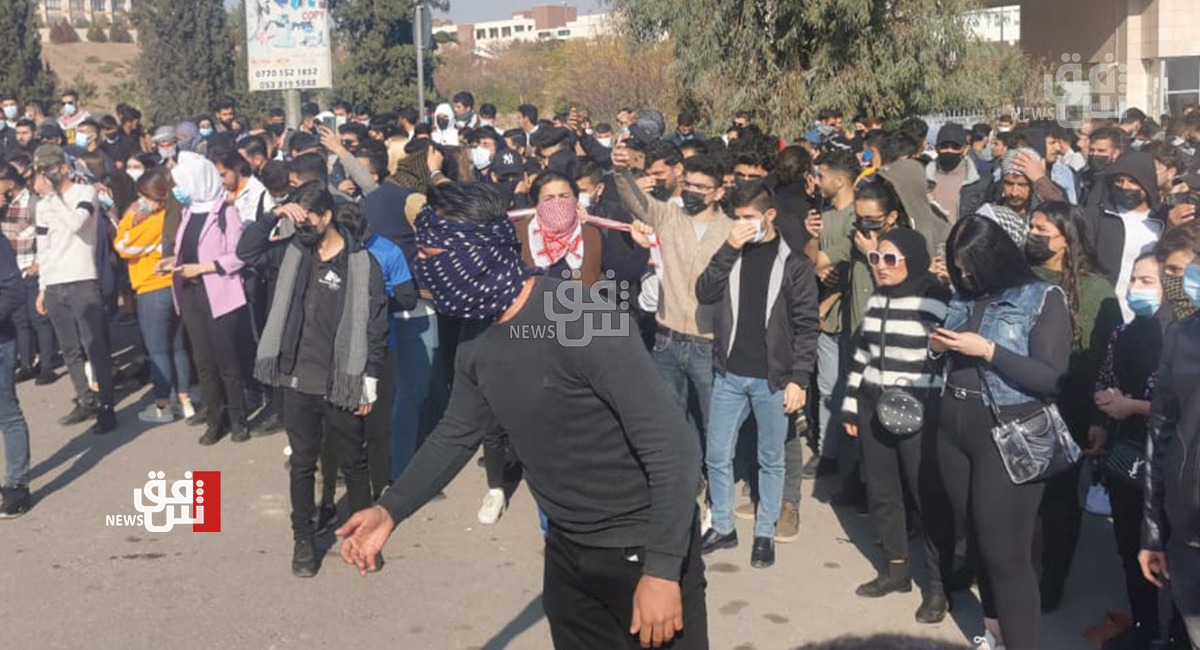 On Wednesday, Shafaq News Agency correspondent said that the students demonstrated today in front of the University of Sulaimani amid strict security measures. The security forces prevented the media from covering the news without taking approval from the security committee.

University students have been demonstrating in Sulaymaniyah for three days to demand the re-disbursement of monthly scholarships, in protests interspersed with clashes with security personnel and road closures.

Shafaq News/Kurdistan's Ministry of Interior pledged to protect university students protesting for three days in Al-Sulaymaniyah and other regions.

In a statement to the media, Major General Jito Salih, Undersecretary of the Ministry of Interior, said, "We issued directives to the security forces to deal civilly with the protesting students."

From the Al-Sulaymaniyah bureau of the Patriotic Union of Kurdistan, which was burned and destroyed, he added, "We will sacrifice our lives for the student," confirming that several security forces members were wounded because of throwing stones at them during the clashes with the demonstrators.

Earlier, Law enforcement in al-Sulaymaniyah successfully restored traffic movement in many parts of the city after deploying force to disperse the students demanding the disbursement of the government financial grants.

The students in al-Sulaymaniyah continue to demonstrate against Kurdistan's Ministry of Higher Education's decision to cut the financial grants.

Earlier, our correspondent said that the security forces used tear gas to disperse the demonstrators, causing multiple cases of suffocation.

Lecturers at al-Sulaymaniyah University criticized the use of excessive force against the demonstrators, deeming the violence "a violation of their Human Rights."

Kurdistan's Minister of Higher Education and Scientific Research, Aram Mohammad Qadir, said that the students' demands are "plausible and justified. " Qadir said that he has been working on this issue since his first day in the office.