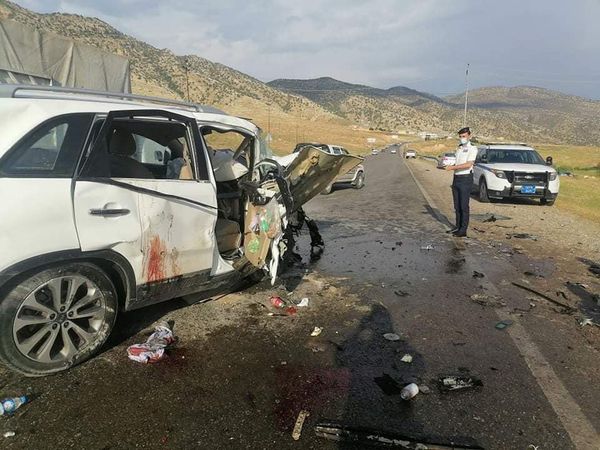 Shafaq News / The Duhok Traffic Police Directorate in Kurdistan Region reported that one was killed and five were injured in a terrible car accident on the road linking al-Shikhan district and Duhok city.

Azad Taha, an official in the Directorate, told Shafaq News agency that the accident resulted from a collision between two vehicles.