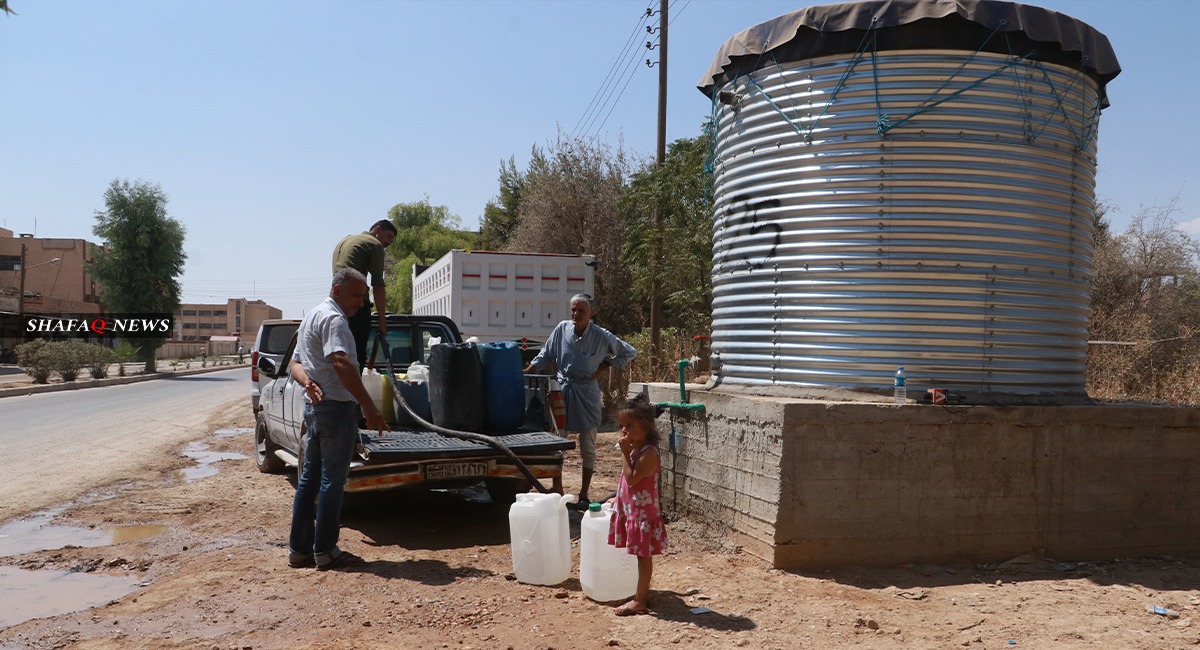 Shafaq News / The city of Al-Hasakah in the Kurdish Autonomous Administration region in Syria has been suffering from a shortage of drinking water for four days.

"The Turkish factions in Ras al-Ain weaken the electrical current which powers the Alouk water station and led to a scarcity of water in some areas under Kurdish-led Syrian Democratic Forces (SDF) control." An official source told Shafaq News Agency.

The source pointed out that "the international organizations and the Russian forces urged the Turkish side to end these actions and restart the work in the station within a short time."

The Alouk water station provides water to nearly one million people in the cities of Tal Tamer and Hasakah, in addition to four camps of displaced from Ras al-Ain and the Deir Ez-Zor region.