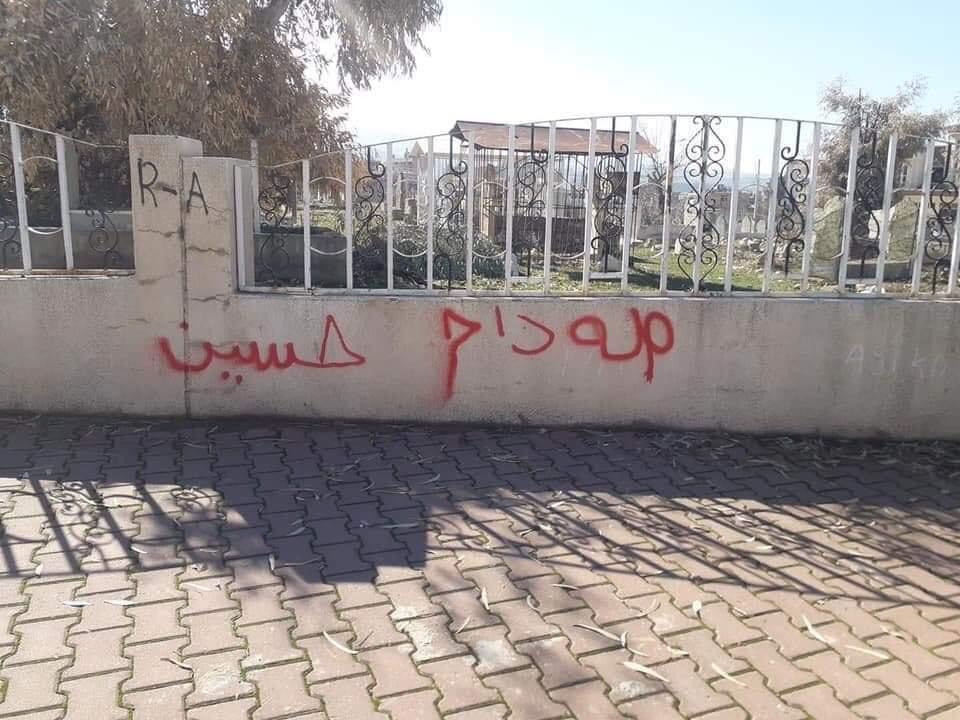 Shafaq News/ Social media users on Wednesday shared a photograph reportedly taken at the chemical attack victims cemetery in Halabja showing the name of Saddam Hussein graffitied on its fence in the Kurdish language.

As soon as the picture trended, security forces rushed to the site and covered the graffiti.

On the morning of Eid al-Adha on December 30, 2006, the former dictator was hanged for crimes against humanity.

Three years later, Ali Hassan al-Majid, better known as Chemical Ali, was executed after he was found guilty of ordering the attack.

A former mayor disappears in Halabja