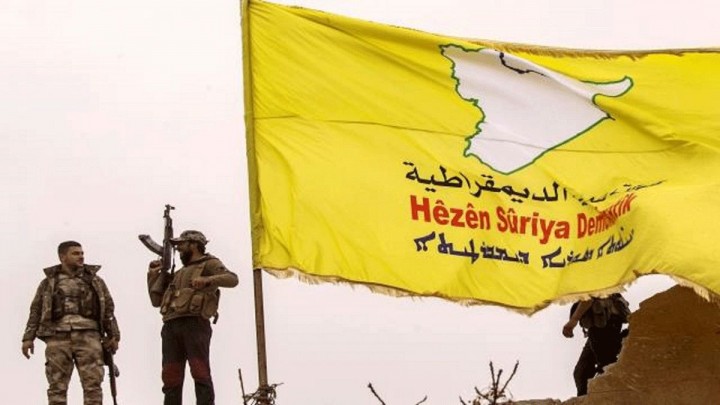 "Supported by the airforces of the International Coalition, three members of an ISIS cell were arrested in the eastern Shaddadi countryside, near the borders with Iraq, in a security operation carried out by our special units," the official account of SDF tweeted earlier today.

SDF said in another tweet, "the special security units raided the sites ISIS terrorist cells and arrested three members in operation in the countryside of the town of Al-Basirah," explaining, "weapons and technical equipment in their possession were confiscated."

Last Wednesday, the Syrian Democratic Forces (SDF) announced arresting a member of an ISIS cell in the northern countryside of Deir el-Zor.