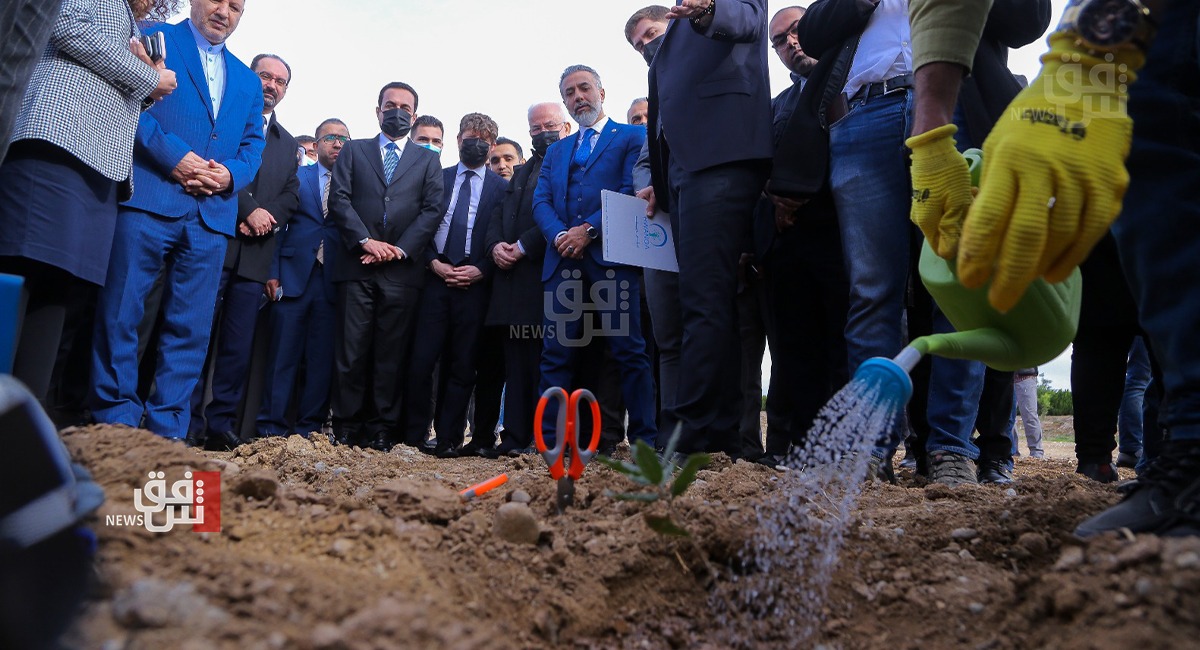 Shafaq News / In partnership with Hasar Organization, Rwanga Foundation initiated the Million Oaks project in a press conference attended by the Governor of Erbil, government dignitaries, consulates, NGOs, and environmental experts. On the same day, 8,500 oak seeds and acorns were planted.

The project implementation site is located on 120m street, the project aims to Combating climate change in the Kurdistan Region, encouraging the culture of tree planting within the Kurdish community, and re-greening the forests in the Kurdistan Region. The idea is not only to plant oaks, but also to revive the ecosystem surrounding the Oak trees, Oak trees are home to many creatures and birds. In addition to the fact that it is compatible with Kurdistan’s Environment, it is a strong and stable tree, enduring the summer heat.

"Environmental problems are followed by many other challenges, such as health problems, lack of job opportunities, and even national security, especially as we talk about drought and water shortages, One of the advantages of the project is to decrease desertification, increase green areas, and to reduce pollution" said Abdulsalam Medeni (CED of Rwanga Foundation).

"As Hasar Organization, we thought of a suitable mechanism for facing the problem of climate change in the Kurdistan Region, which is the main goal of this project, after lots of research, we found that the best solution to tackle this is to develop an oak forest." Said Hawkar Ali (Head and Founder of Hasar Organization).

The two speeches were followed by a speech from Mr. Omed Khoshnaw (Governor of Erbil), during his speech he said "We are very happy with this project and with the message it delivers, the problems it solves, such as climate change, is a big problem and its effects on the Kurdistan Region have emerged. Also, encouraging the planting culture among young people is another important message of the project,".

Part of the process is done by planting acorns inside plastic houses until they become a grown seedling. the seedlings will then be planted underground during the planting season, and the process of irrigation and supervision will continue until they become a stable tree. The second method involves planting oak seeds directly underground, after planting, irrigation system is set up for the oak seeds and are supervised until they grow. When planting seeds, they will be provided with a suitable condition to withstand all seasons.

The Million Oaks project is an attempt implemented as a response to climate change and to increase the natural forestation in KRI, the project is implemented by Hasar Organization in partnership with Rwanga Foundation.

The destruction of forests in the Kurdistan Region is happening at a very dangerous rate for a variety of reasons, so increasing and rebuilding forests is a necessity for our area. In addition, planting large numbers of local trees is considered one of the most successful attempts to combat climate change.

A report shows the living standard in Erbil

Erbil: We can provide Iraqi governorates with electricity

A rocket landed near an American Base in Erbil, Erbil police says