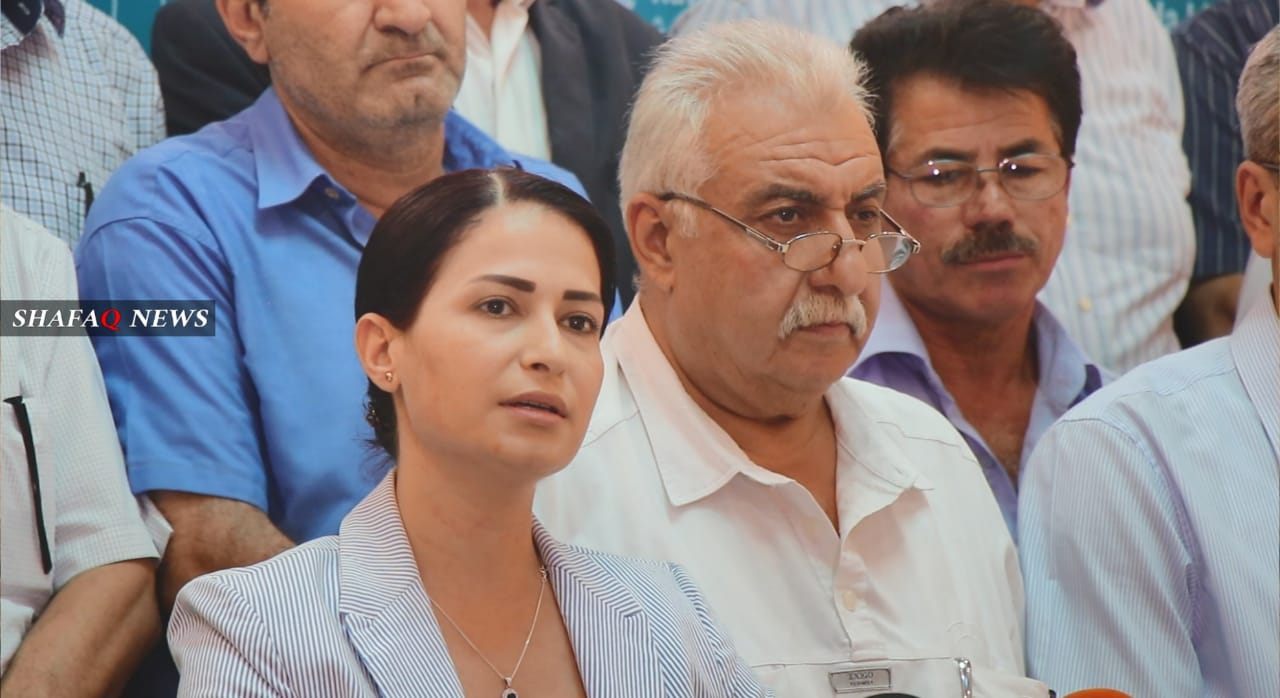 Shafaq News / The foreign relations of Rojava sent on Wednesday a letter to the United Nations and the Independent International Commission of Inquiry on the Syrian Arab Republic (IICIS) demanding help to delivering the killers of the Kurdish politician Hevrin Khalaf.

The letter which sent to Verónica Michelle Bachelet Jeria, the UN High Commissioner for Human Rights and Geir O. Pedersen, the UN special envoy for Syria, and the IICIS called on the united Nations to push on Turkey to order the Turkish-backed Syrian National Army (SNA) for delivering the accused, Ahmed Hassan Fayyad Al-Hayes (known as Hatem Abu Shakra) to the relevant court.

In its letter, the Autonomous Administration accused the Western-backed opposition Syrian National Coalition (SNC) of protecting Hatem Abu Shakra who is leader in the 123rd Brigade of SNA."

Hevrin Khalaf, a Kurdish engineer and politician, was elected in March 2018 as Secretary General of the "Future Syria" party, which is close to the Kurdish Autonomous Administration.

Khalaf was killed by fighters from a Turkish-backed armed Syrian faction on October 12, 2019, following the Turkish invasion of the Ras al-Ain and Tal Abyad regions at the end of 2019, and her death sparked widespread international condemnation due to the spread of videos documenting the abuse of her body and the execution of her companions on the ground.

Evidence was clearly compelling that Hevrin Khalaf was killed by Ahrar Al-Sharqiya faction of SNA, during the Turkish military "operation Peace Spring" in northeastern Syria.

A civil engineer by training, Hevrin Khalaf was deeply involved in the politics of northeast Syria from the earliest days of the war.

The Kurdish politician was elected secretary general of the Future Syria Party, which was launched from Raqqa, a predominantly Arab city where the SDF defeated ISIS in 2017 with U.S. backing.

The Kurdish-led Syrian Democratic Forces accused Turkey-backed fighters of killing Khalaf  in an ambush on a road in northern Syria on Saturday, drawing a denial from a Turkey-backed rebel force which said it had not advanced that far.