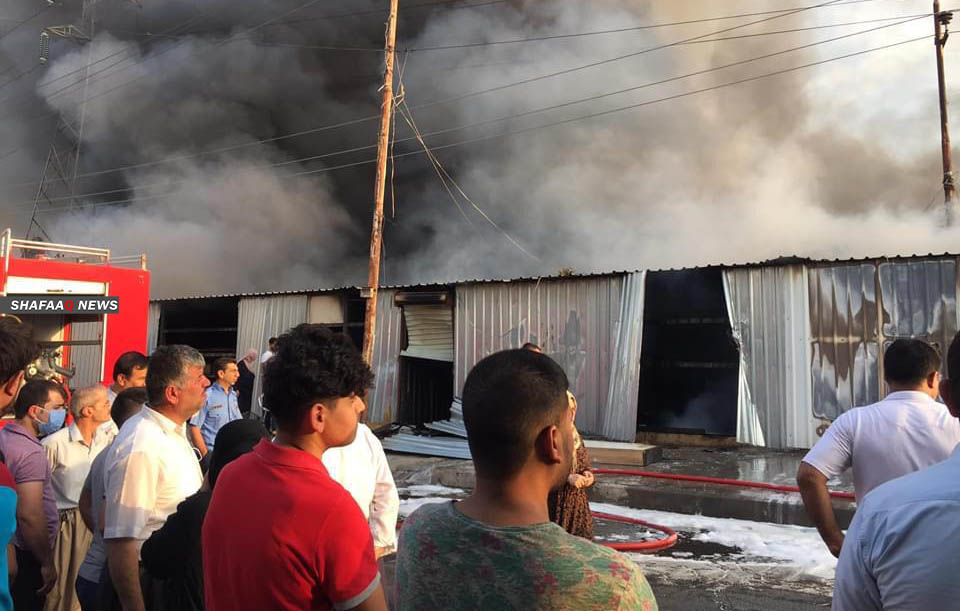 Shafaq News / Erbil Governorate announced today the restoration of all the shops that were damaged in the "Sim" market after a decision by the prime minister.

The governorate said in a statement received by Shafaq news agency that the Kurdish PM, Masrour Barzani, decided to restore all the shops that were damaged by the fire last Friday.

The statement pointed out that "In case an agreement is made with stores owners on an alternative place for the market, the government will provide all services, including water, electricity, roads, and fire network until the end of the restoration"

On Saturday, the Erbil government decided to change the location of Sim Market, after the fire, which had broken out due to an electrical fault, and destroyed dozens of stores.

This popular market is located under the overhead power line, and it is constantly exposed to danger. For this reason, the governorate has decided to move it to a safer place, according to the governor of Erbil.