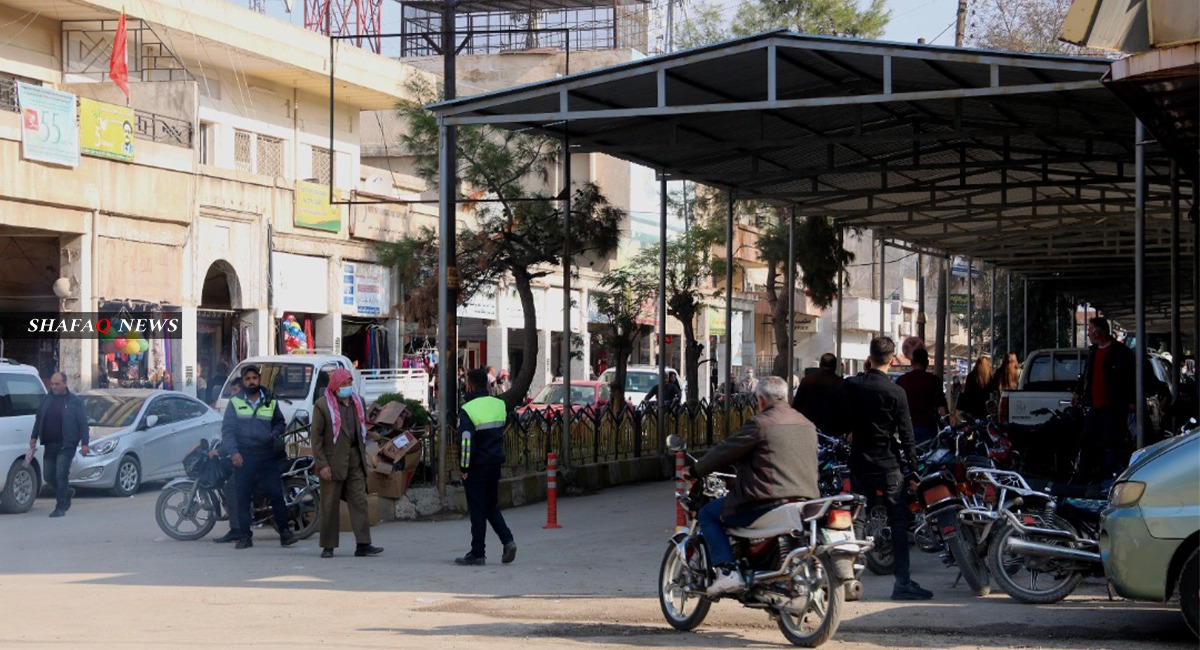 Shafaq News / Many people in the city of Derik, the far northeast of Syria, are concerned of obstructing the progress of negotiations between the Kurdish parties due to the consecutive attacks on the headquarters of the Kurdish National Council in different areas in north and east Syria.

Setting fire in the political parties’ headquarters in Qamishli and other areas is unfortunate and harms the salient interest in preserving the strength of the Kurds. He added.

In turn, Salah Abdi, who is from Dirk, considered that the attacks on the Headquarters of the Kurdish parties are carried out by opponents who don’t want us to reach the Kurdish reconciliation.

For days in a row, Autonomous Administration areas in northern and eastern Syria are attacked by unknowns.

Headquarters of the Kurdish National Council and its parties were targeted.

Saadoun Saadoun, a member of the political committee in the Democratic Unity Party, told Shafaq News Agency “masked gunmen attacked our party’s headquarters in Qamishlo where they shattered windows and damaged furniture and throwing Molotov cocktails inside the headquarters."

Saadoun held the Autonomous Administration authorities responsible for the attacks on their headquarters in the region.

Earlier, The Kurdish National Council in Syria condemned the attacks targeting its headquarters in the Kurdish-led administration in Syria's northeast.

The council said in a statement, "This escalation by armed groups threatens the relations among the Kurdish parties and the ongoing negotiations between the council and the Kurdish national unity parties."

The Council held the security services of the Democratic Union Party (PYD) responsible and called on the Syrian Democratic Forces (SDF) to intervene to stop these acts.

Since November 2019, delegations from both sides have held a series of consultations under the auspices of the US government at the United States’ and Syrian Democratic Forces’ (SDF) joint headquarters in the city of Hasakah Initiated by the Syrian Democratic Force’s (SDF) General Commander Mazloum Abdi, under pressure of Turkey’s Operation Peace Spring and the US’s partial withdrawal from border areas in northern Syria, the negotiations marked the end of the diplomatic standstill between the deeply divided Kurdish parties

For its part, The Commander-in-Chief of the Syrian Democratic Forces (SDF), Mazloum Abdi, condemned the attacks stressing that “no one has the right to attack the offices of the Kurdish Council or any other political party in Rojava (the Kurdish region in Syria).”

The SDF commander said in a tweet that the Internal Security Forces (Asayish) will deal with the attack according to the laws.