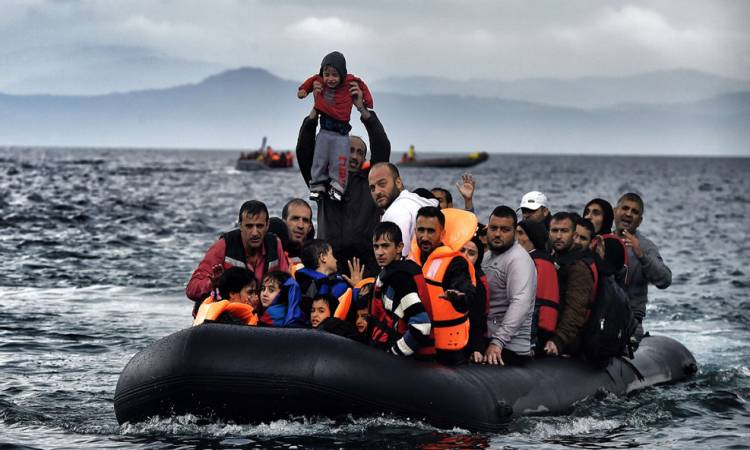 Shafaq News/ Dozens of Iraqi migrants, including 40 Kurds, are stuck in Libya after trying to reach Italy by boat from Turkey. Their families have appealed for help to get out of the north African country.

They are part of a wave of Iraqi citizens who have tried to migrate to Europe this year, taking often risky routes and ending up stranded in countries like Syria or Belarus.

In a press conference held earlier today, Wednesday, the relatives of 57 young Iraqi migrants said that their family members who were not able to reach Italy because of bad weather are detained inside a garage in Libya, and they suffer from malnutrition and abuse, calling the governments of Iraq and Kurdistan to spare no effort to release them.

United Nations experts, in a report issued on Monday about possible crimes against humanity in Libya, said that since 2016 some 87,000 migrants have been put in detention centers by the Libyan Coast Guard where torture and sexual violence are “prevalent.” This includes about 7,000 currently in centers run by the Department for Combatting Illegal Migration. Libya was plunged into chaos and instability after the 2011 uprising that ousted Moammar Gadhafi.

According to the Summit (Lutka) foundation, a Kurdistan-based Organization that deals with displaced persons and refugees affairs, nearly 27,000 Iraqi citizens sought asylum in Europe in the first half of the year and five people lost their lives in the journey.

This is not the first Europe-bound group of Kurdish and Iraqi migrants who have been stranded in foreign countries in recent months. More than 50 ended up in Syria’s Aleppo province in September after trying to reach the United Kingdom. Another group of 32 Yazidis was recently stuck on the Poland-Belarus border without food or clean water. In August, more than 300 Iraqis were returned from Belarus.