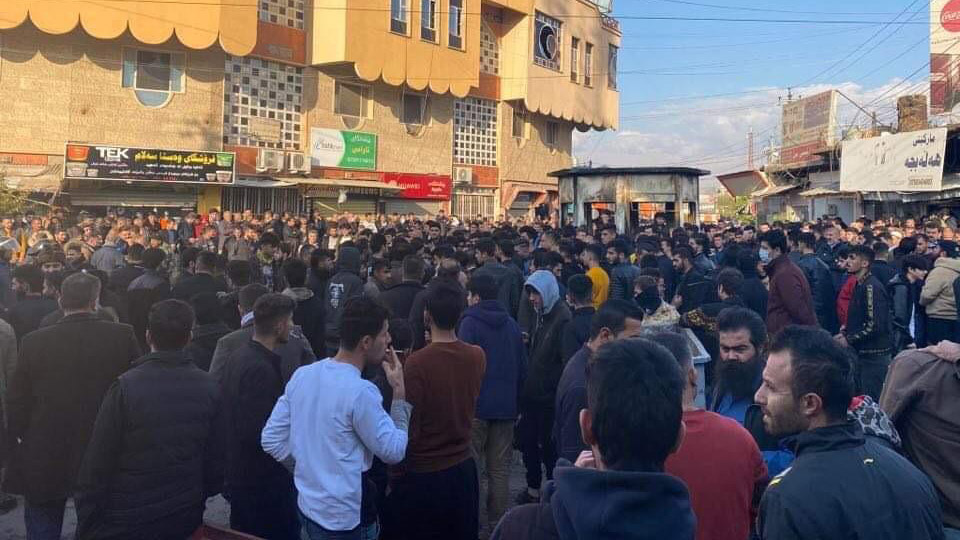 Shafaq News / Hundreds of demonstrators stormed the streets of Halabja, Garmyan and Raperin, after the authorities in Kurdistan Region took a set of decisions to contain them.

Moreover, clashes erupted between the demonstrators and the security forces in Rania district, while tens of people gathered and organized a demonstration in Kalar.

Hundreds of people gathered in the center of Halabja governorate and demonstrated, repeating the same demands that they had come out for days ago.

On Friday, Al-Sulaymaniyah witnessed t of demonstrations against the deteriorating living situation, delayed payment of salaries, and the economic crisis.

The security forces were forced to fire tear gas at the protestors and dispersed them in an attempt to end the demonstration, wounding several demonstrators.

The protests were accompanied by acts of violence, which prompted the authorities in Al-Sulaymaniyah and Halabja to impose a curfew between the two governorates and the surrounding cities.