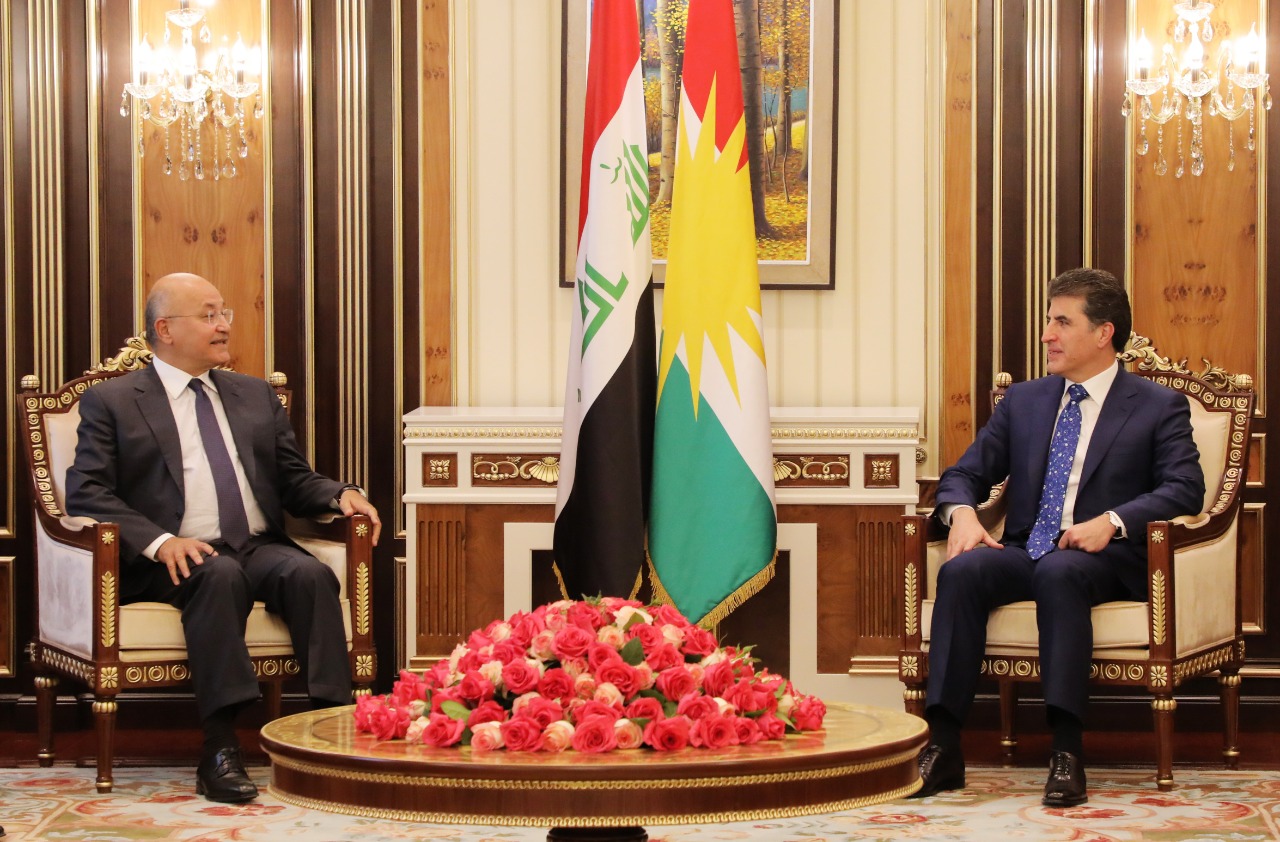 The meeting discussed the latest developments in the political arena in Kurdistan and Iraq, and the early legislative elections in particular, emphasizing the need to address the differences via dialogue and understanding between all the political parties.

The two sides appraised the recent visit of President Barzani to Baghdad and his meetings with state officials and Iraqi leaders and forces.

Presidents Barzani and Salih touched upon the national unity, bringing different points of view to a common ground and joining forces and capabilities to cops with the challenges.

The meeting deliberated the situation on the international level, stressing that lack of stability and security is not in the interest of the people of the region.