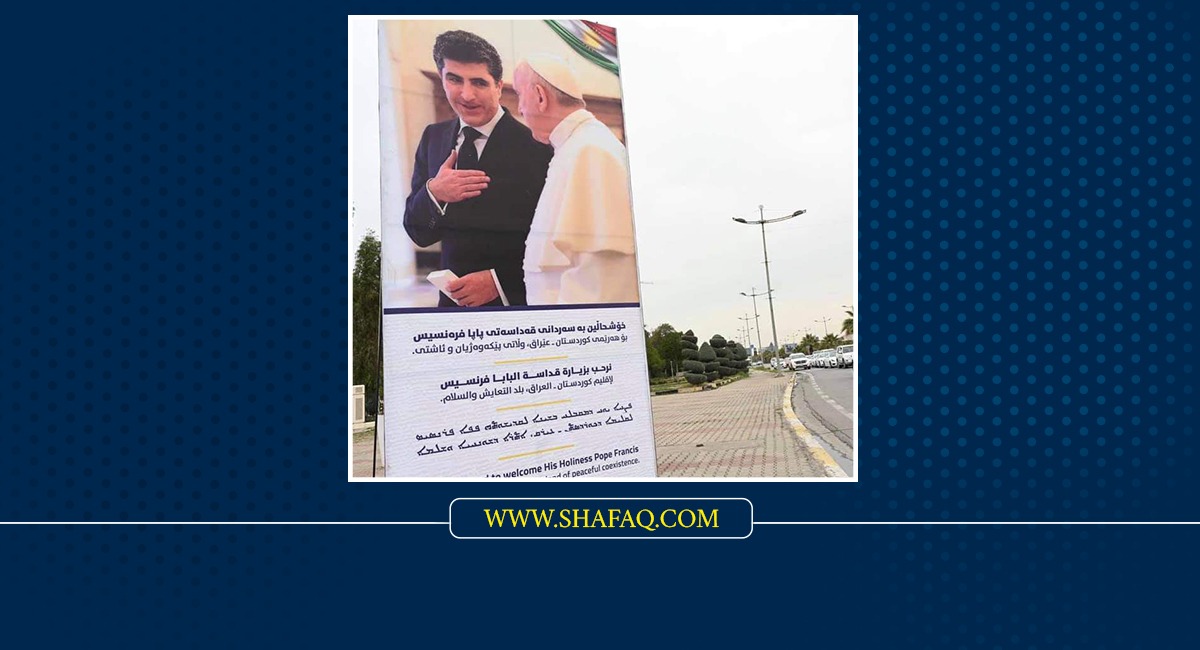 Shafaq News/ the President and the people of Kurdistan will receive Pope Francis during his historic visit to Iraq, Barzani said.

"I hope that the historic visit of Pope Francis to Iraq will strengthen peaceful coexistence and harmony among different religions and ethnicities of the country and will result in a better future for all. The people of Kurdistan and I are eager to receive His Holiness in Erbil." Kurdistan’s Nechirvan Barzani said on Twitter.

Pope Francis will make an Apostolic Journey to Iraq on 5-8 March 2021, visiting Baghdad, the plain of Ur, Mosul, and Qaraqosh.

Pope Francis will arrive today at Baghdad International Airport within hours, where an official reception will take place in presence of Iraq’ PM Mustafa Al-Kadhimi.

During his visit to the Country, the Pope will will head to Najaf, where he will meet Grand Ayatollah Ali Al-Sistani. Later, he will visit “Ur” Archaeological City in Dhi Qar Governorate.

The Pope will be received officially in Erbil Airport on March 7 where he will meet the Kurdish President Nechirvan Barzani and the civil and religious authorities.

Then head to Mosul where he will pray for the war victims in Hosh Al-Baya.