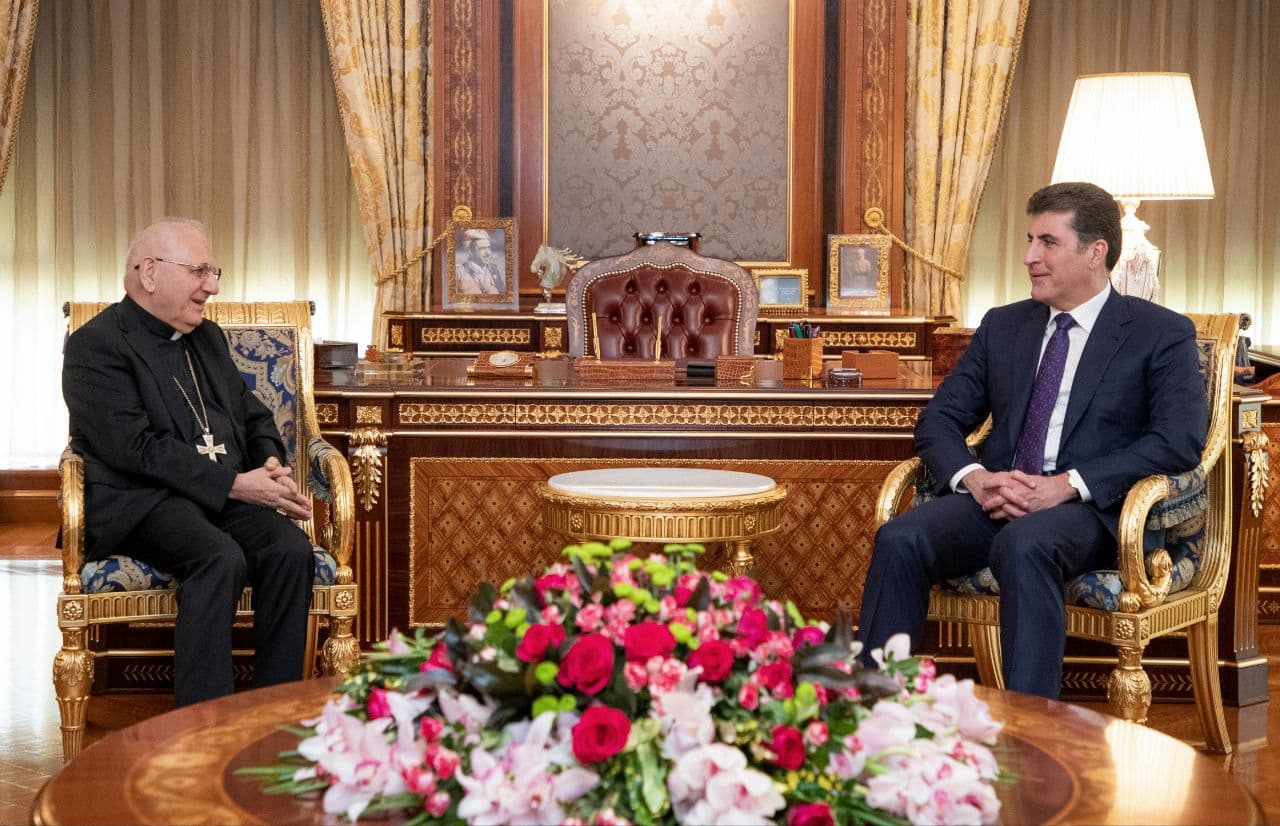 Shafaq News/ Kurdistan Region President Nechirvan Barzani received Cardinal Louis Sako, Head of the Chaldean Catholic Church in Iraq and the world, and his accompanying delegation in Erbil on Sunday.

Both sides underlined that the displaced Christians must be reassured of their safe return to their homes and rebuild their profoundly damaged homes by the ISIS rampage. The need for international assistance was affirmed.

President Nechirvan Barzani stressed that the Kurdistan Region prides itself for its culture of coexistence and tolerance and will always remain a land of peace and security for all its components. Both sides described the visit of His Holiness Pope Francis to Iraq and the Kurdistan Region as an important event, deepening the culture of coexistence.

Discussions also covered the upcoming Iraqi elections, the status of the Church and Christians in Iraq, and the Kurdistan Region.

President Barzani calls for forging an agreement that assures the public