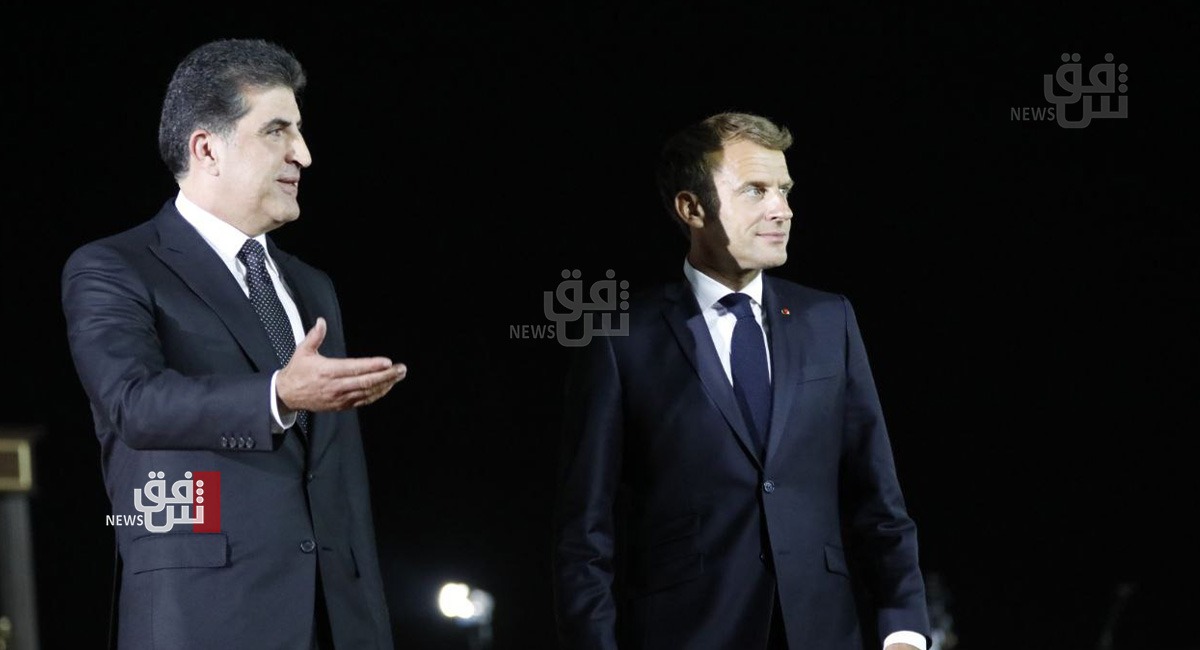 Shafaq News/ The French President, Emmanuel Macron, landed in the capital of the Kurdistan Region, Erbil, arriving from the Iraqi capital, Baghdad.

Macron and several Middle Eastern leaders met in Baghdad on Saturday at a summit hosted by Iraq, which aims to bring neighbors to the negotiations table instead of settling scores on its territory.

The President of the Kurdistan Region, Nechirvan Barzani, received the French President upon his disembarkment on the tarmacs of Erbil's International Airport. The two presidents are sought to convene later today.

Afterward, President Macron will visit the war-ravaged Mosul recaptured by the Iraqi army in 2017 after three years of ISIS hegemony.

Kurdistan-France ties date back to the then-President Masoud Barzani's visit to the French capital in July, 2015, in the era of Nicolas Sarkozy. The Kurdish leader later passed the torch to the incumbent President of the Region, Nechirvan Barzani, who will hold later today the 12th meeting of a Kurdistan President with a French head of state, and his fifth personal meeting with President Macron.