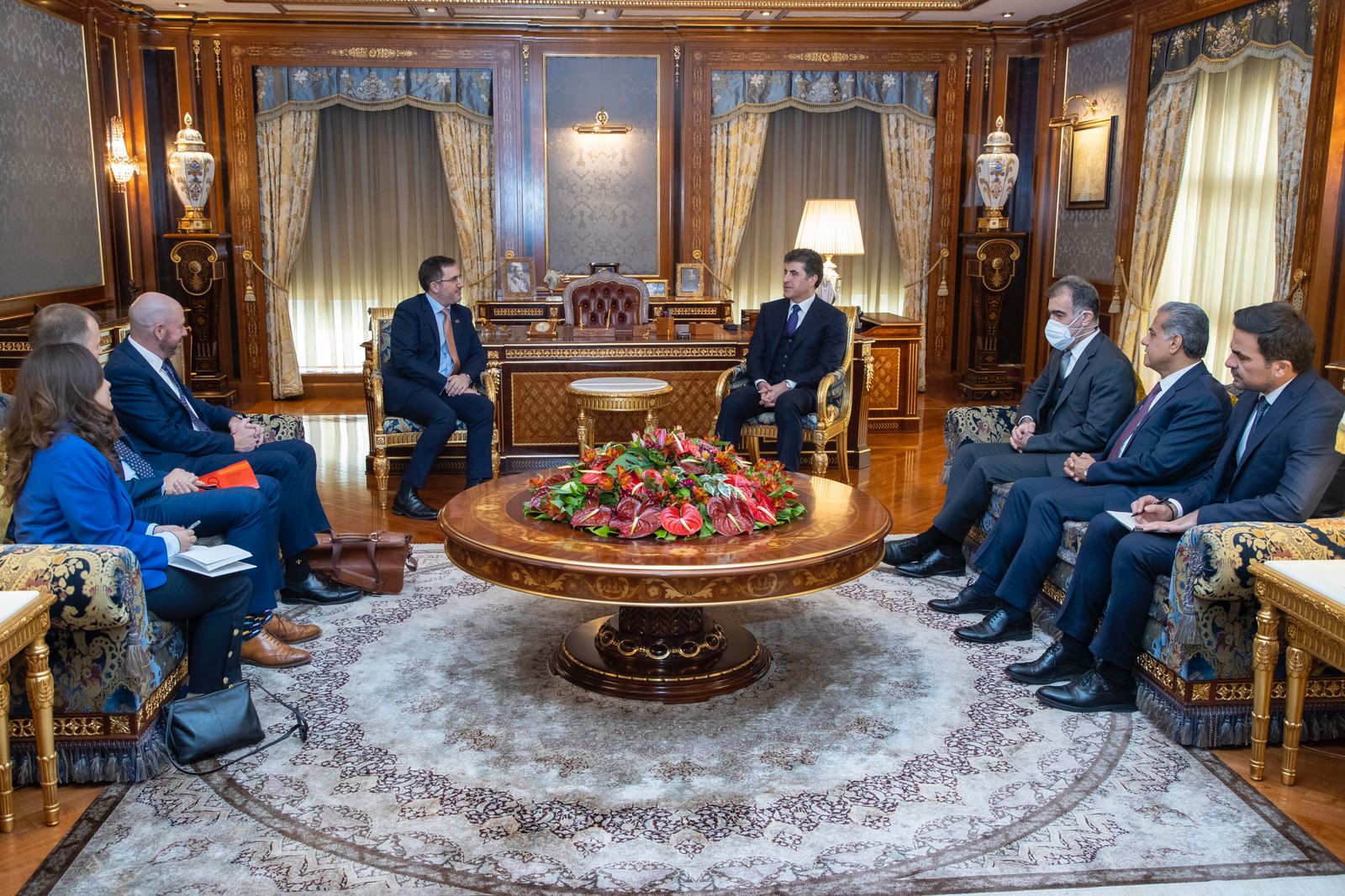 According to a readout issued by his bureau, President Barzani discussed with his guest UK's ties with Iraq and the Kurdistan Region, Terror threats, ISIS, the cooperation between the Peshmarga forces and the Iraqi army, and the Erbil-Baghdad ties.

On the recent row over the outcome of the parliamentary elections among Iraqi political factions, the President asserted that "the Kurdistan Region will, under no circumstances, be part of the problem, but it will strive to support proper solutions to the disputes, and will also continue to support the political process in the country."

The President and the Ambassador reaffirmed mutual willingness to expand bilateral relations and prospects of cooperation, stressing that Iraqi factions should reach an agreement and form a government that is able to preserve political stability and meet to the demands of citizens for peace, stability, better livelihood, and improved public services.

"Discussions also focused on the steps taken in the Kurdistan Region Ministry of Peshmarga towards reform and unification of its forces with continued assistance from the UK to the reform process," President Barzani's bureau said.

Kurdistan’s President on Ashura occasion: to renounce violence and extremism