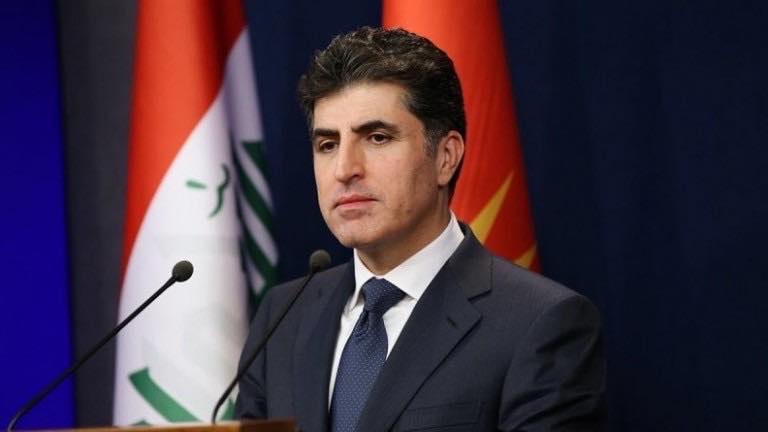 Shafaq News/ President of Kurdistan Region, Nechirvan Barzani, commemorated the 34th anniversary of the mass crime of Anfal campaigns in the Badinan area, which was perpetrated by the then Iraqi army against the diverse communities of Badinan from August 25 to September 6, 1988.

“We pay tribute to the souls of the martyrs and remember them with dignity. We salute and honor their families.” Barzani said.

“The crime of Anfal, in which 182,000 innocent citizens of Kurdistan were killed, as recognized by the Iraqi High Criminal Court, is genocide, war crimes, and crimes against humanity. Therefore, the Iraqi government must compensate the families of the victims as soon as possible. In the Kurdistan Region, more services should be provided to the families of the victims, and every effort should be made to document the crime and make it internationally recognized as genocide.” He added.

“On this occasion, we emphasize the unity of the political parties and communities in the Kurdistan Region, which is the only guarantee to protect the constitutional rights and achievements of the people of Kurdistan and a better future for our coming generations. Our unity will prevent the repetition of such crimes committed against all communities of Kurdistan, its soil, water, air, and its nature.”

“Tributes to the memory of the martyrs. We thank and remember the courage of the people of Erbil, Bahrka, and their surroundings who came to the aid of the victims of Badinan in the forced camp of Jezhnikan. Their kindness and humanity will never be forgotten.” The President concluded.