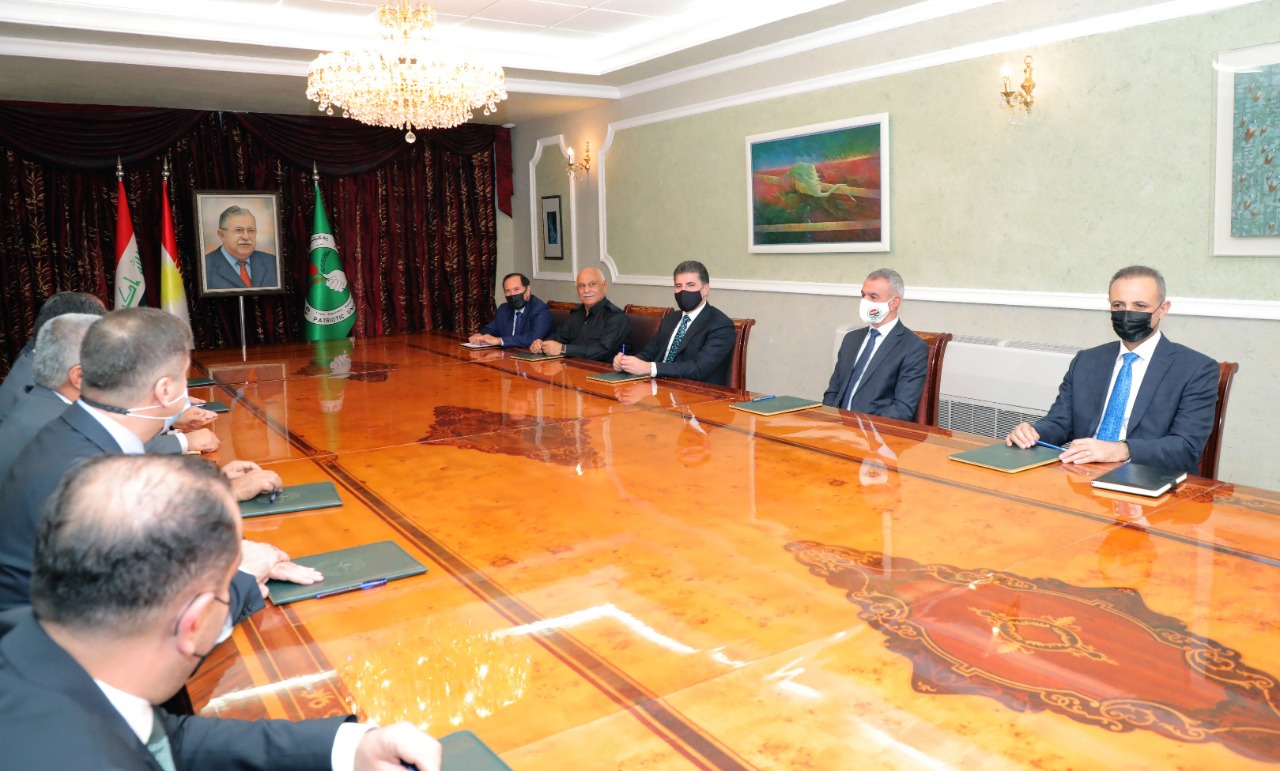 Shafaq News/ The President of Kurdistan, Nechirvan Barzani, embarked on a visit to al-Sulaymaniyah to meet with the leadership of the Patriotic Union of Kurdistan (PUK) and the Change Movement(Gorran).

In a statement to Shafaq News Agency, the media official at the relations office of the Patriotic Union of Kurdistan, Abbas Aziz, said, "the visit is crucial as the preparations for the impending legislative elections are underway to unify the Kurdish views and positions towards Kurdistan's challenges.

The journalist and political analyst, Nouri al-Hamadani, said to Shafaq News Agency that the political scene in the region started reverberating with the President, being the patron of all the political forces in Kurdistan, taking the first initiative. "It is a message to all parties that the elections will be fair and just."

"The equilibrium in the region will witness substantial changes due to these alliances and movements. The big parties still have the biggest weight in the Kurdish street."

"The new electoral law gave those parties a push by the multiple electoral districts."

The President of Kurdistan Region said that the Presidency will spare no effort to achieve the unity of the Kurdish parties after the elections scheduled for October 10 later this year.