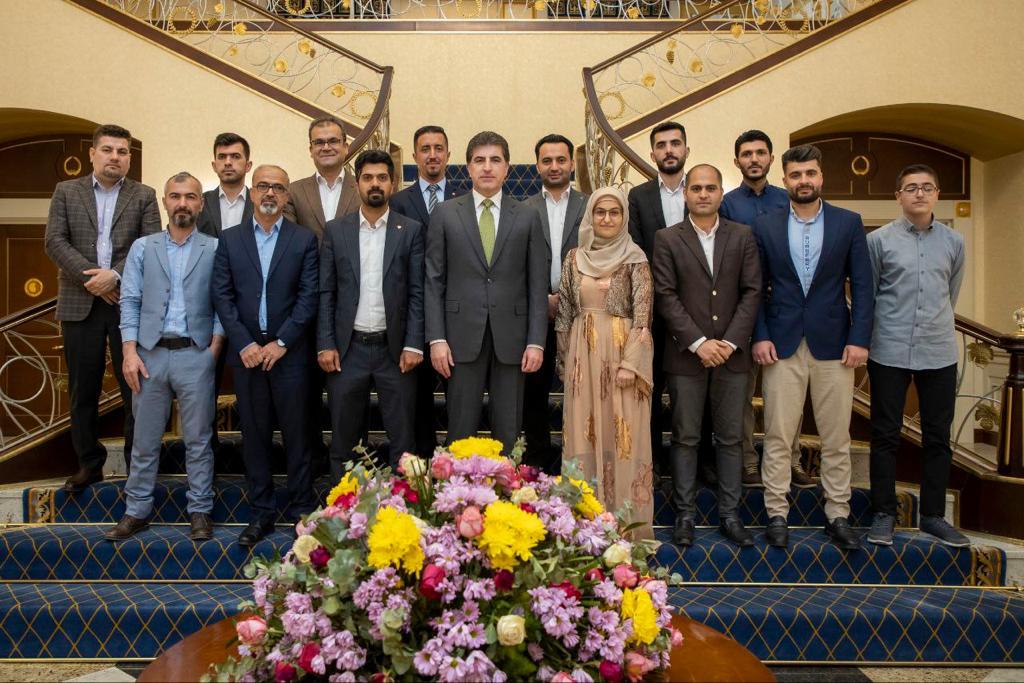 Shafaq News/ The President of the Kurdistan Region President, Nechirvan Barzani, received a group of volunteers who contributed to the recent addition of the Sorani dialect of the Kurdish language to Google Translate, the region's presidency said in a statement on Thursday.

Google revealed on May 11 that it had added 24 new languages to Google Translate, including the Sorani dialect. This would not be possible without the huge contribution of those Kurdish volunteers.

The volunteers presented the President with a briefing on the birth of this notion and how it developed and materialized into this achievement.

The President "expressed his support for the work of this group and all groups who seek to work in the communication and technology to push forward the Kurdish language," the statement said.

The American company had already added the Kurmanji dialect of the Kurdish language to Google Translate.

Sorani, the official dialect of the Kurdistan Regional Government (KRG), is dominant in the governorates of Erbil, al-Sulaymaniyah, Halabja, and Kirkuk. It is also widely spoken in the Kurdish territories of Iran.