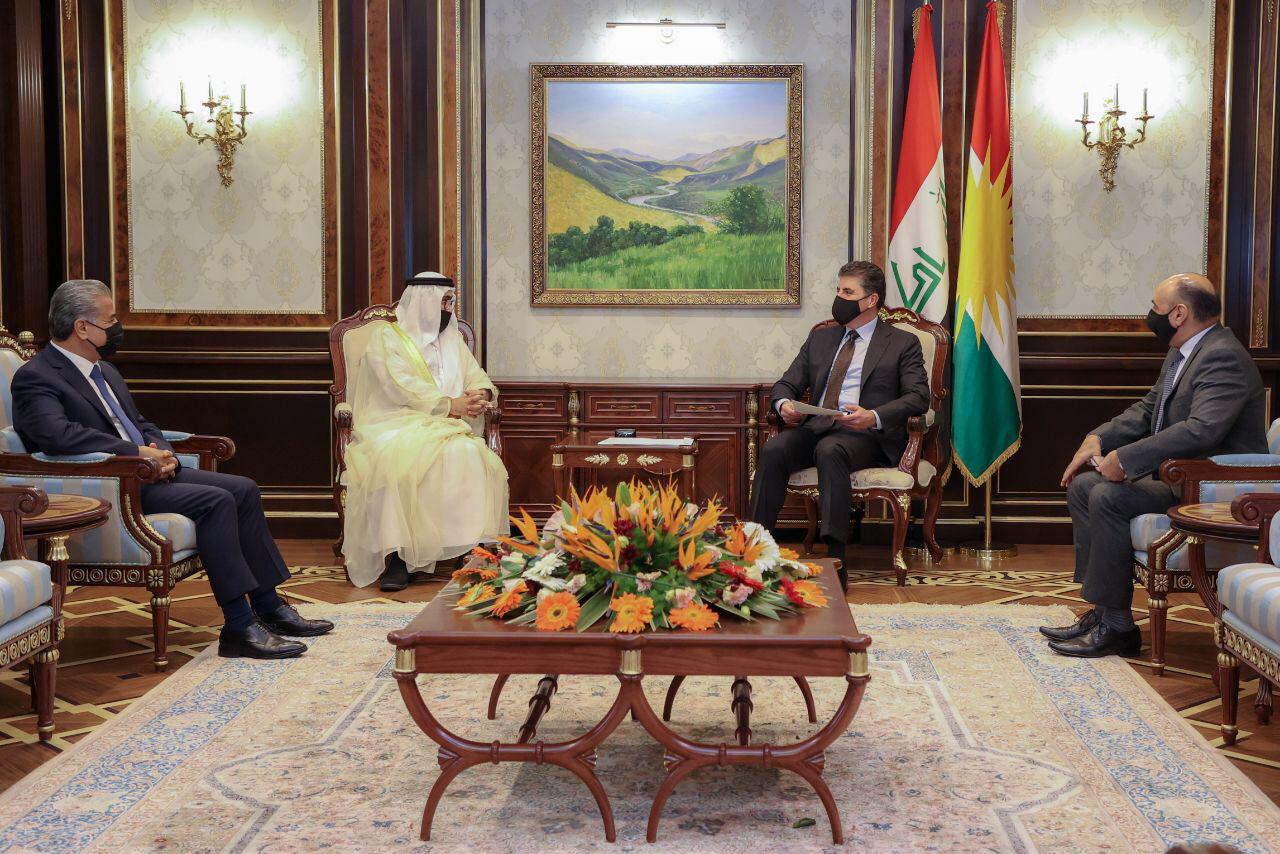 A readout of the meeting issued by the Presidency of the Region said that President Barzani discussed with his guest the bilateral relations between the Gulf monarchy and Kurdistan.

The invitation reflected the endeavor of the Emirates to enhance the relations with the Kurdistan Region in all fields, according to the readout.

President Barzani conveyed greetings to the "President, Prime Minister, and the Crown Prince", expressing felicity and thanks for the invitation.

The President of the Region appraised the friendly relations of Iraq and Kurdistan with the leadership, government, and people of the United Emirates.

The meeting discussed the relations between Iraq, Kurdistan, and the United Arab Emirates, updates on the situation in Iraq and the Region, the forthcoming legislative elections, and an array of issues of common interest.