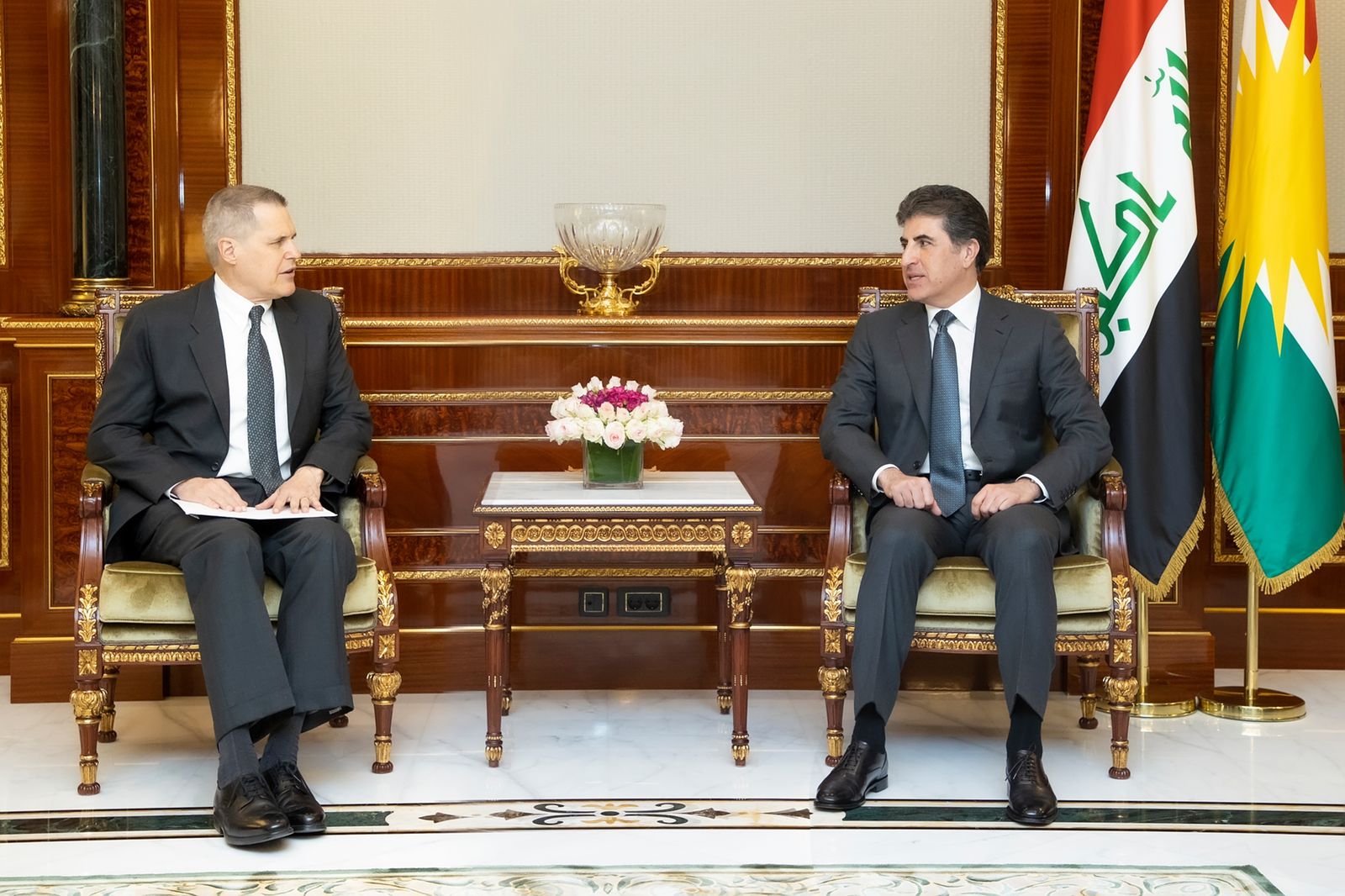 Shafaq News/ The President of the Kurdistan Region, Nechirvan Barzani, on Wednesday received a letter from the US President, Joe Biden, in which he reiterated Washington's support for Baghdad and Erbil.

According to a readout issued by the presidency of the region, President Barzani received the US ambassador to Iraq, Matthew Tueller, earlier today in Kurdistan's capital city, Erbil.

President Barzani discussed with his guest the latest updates on the political situation in Iraq, the anticipated election in the Kurdistan Region, Baghdad-Erbil ties, and the future of the political process in Iraq.

Both sides, according to the statement, laid emphasis on the dire need for good governance, the commitment to the constitution, and mutual respect and truth.

The talks touched upon the Russian invasion of Ukraine, Vienna talks, and Kurdish unity, according to the statement.

President Barzani meets with the new Turkish ambassador to Iraq