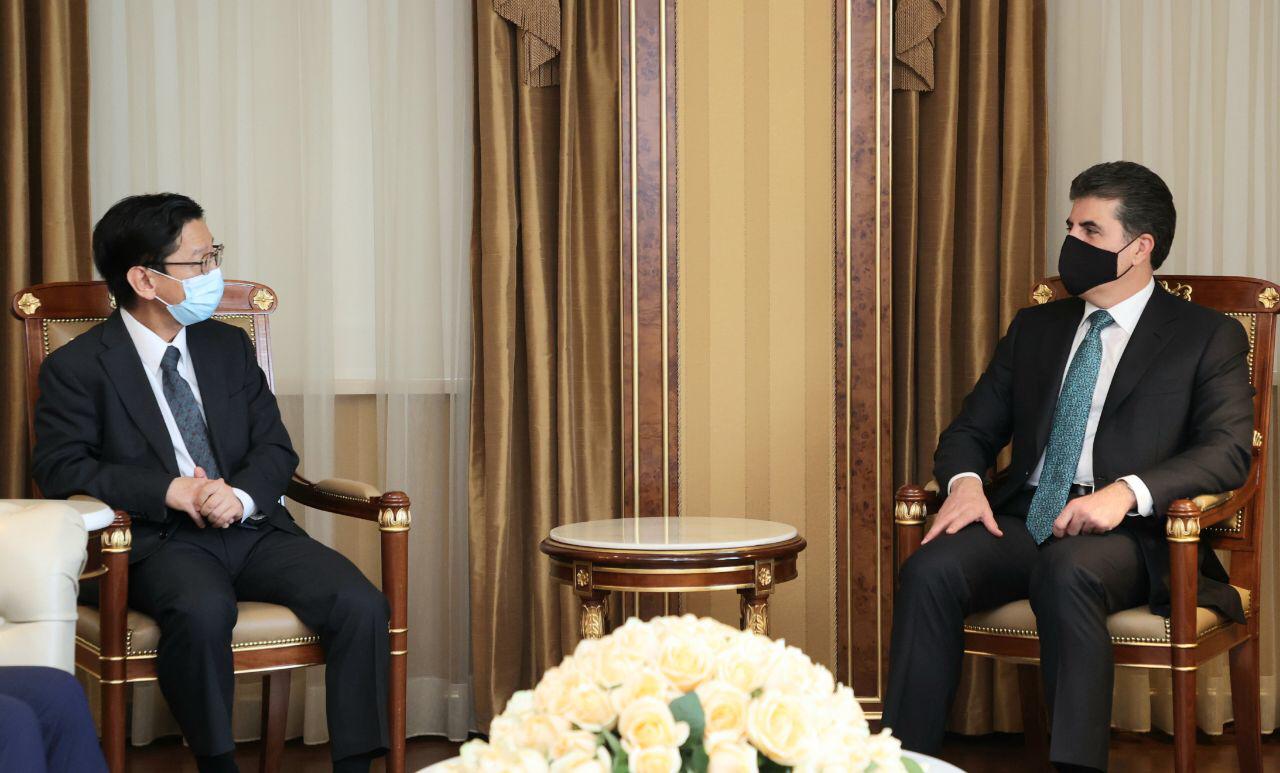 Shafaq News / The President of Kurdistan, Nechirvan Barzani, renewed his appreciation for the work of JICA and the Japanese government agencies in the region.

During his meeting with Nikhiro Arakawa, the head of Japan's consular office in Erbil, Barzani expressed his readiness to provide him with all support in his duties.

Arakawa stressed that his country looks forward to enhancing relations with Erbil and developing areas of cooperation with it, according to a statement issued by the region's Presidency.

Barzani discussed with his guest Iraq's relations with Japan, the Erbil-Baghdad relations and dialogue, the upcoming Iraqi elections, confronting terrorism, and the threat of ISIS, along with an array of other issues.

The President of the Kurdistan Region congratulated, during a meeting, the new Greek Consul, wishing him success in his duties, stressing that he will provide him with all assistance and support.

In a statement issued by the Presidency of the Region, the new Greek Consul indicated that the Prime Minister and other Greek officials attach great importance to both countries’ relations.

The two sides laid emphasis on developing relations, especially in the fields of education and trade, and discussed several issues, including the Erbil-Baghdad relations and the dangers of terrorism.