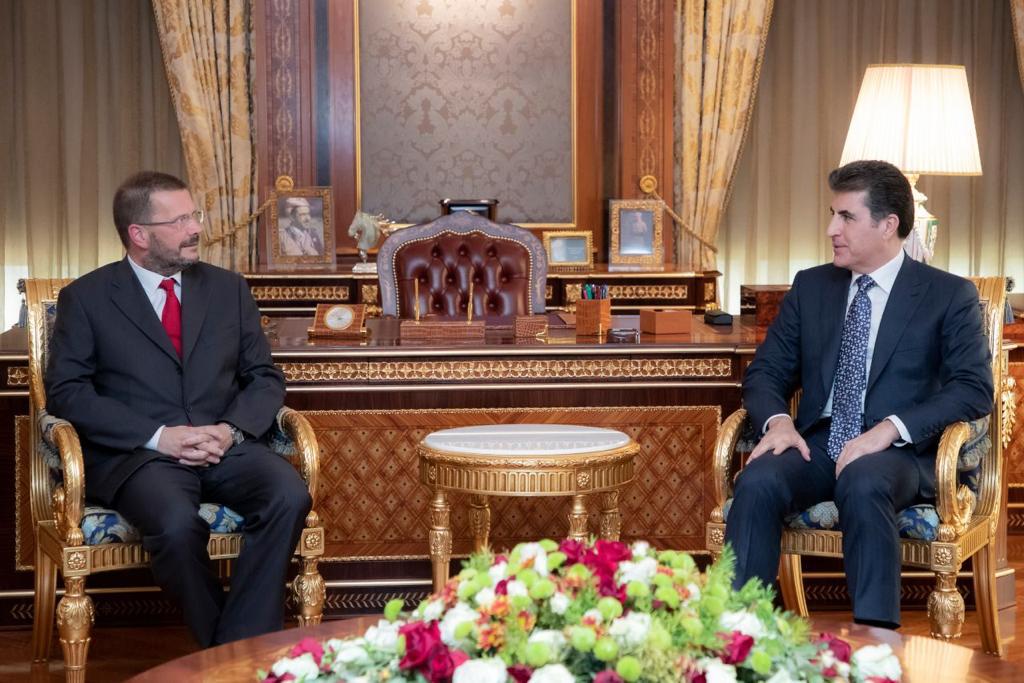 According to a readout issued by the Region's Presidency, President Barzani "congratulated Toth on assuming the office, wished him success in his duties in the Kurdistan Region, and expressed support for his new mission."

The President offered his gratitude to Hungary for its support to Kurdistan and Iraq within the International Coalition against ISIS.

The President also thanked Hungary for its humanitarian assistance to refugees and displaced people in the Region and reaffirmed Erbil's willingness to strengthen bilateral ties with Budapest.

The Hungarian diplomat expressed delight over his new mission, reiterating his country’s commitment to expanding ties with the Kurdistan Region, especially economic relations, and seeking greater opportunities for partnership.

Discussions also focused on Iraq’s elections, the future of the political process in the country, efforts to form the next Iraqi government, and the war on terrorism.