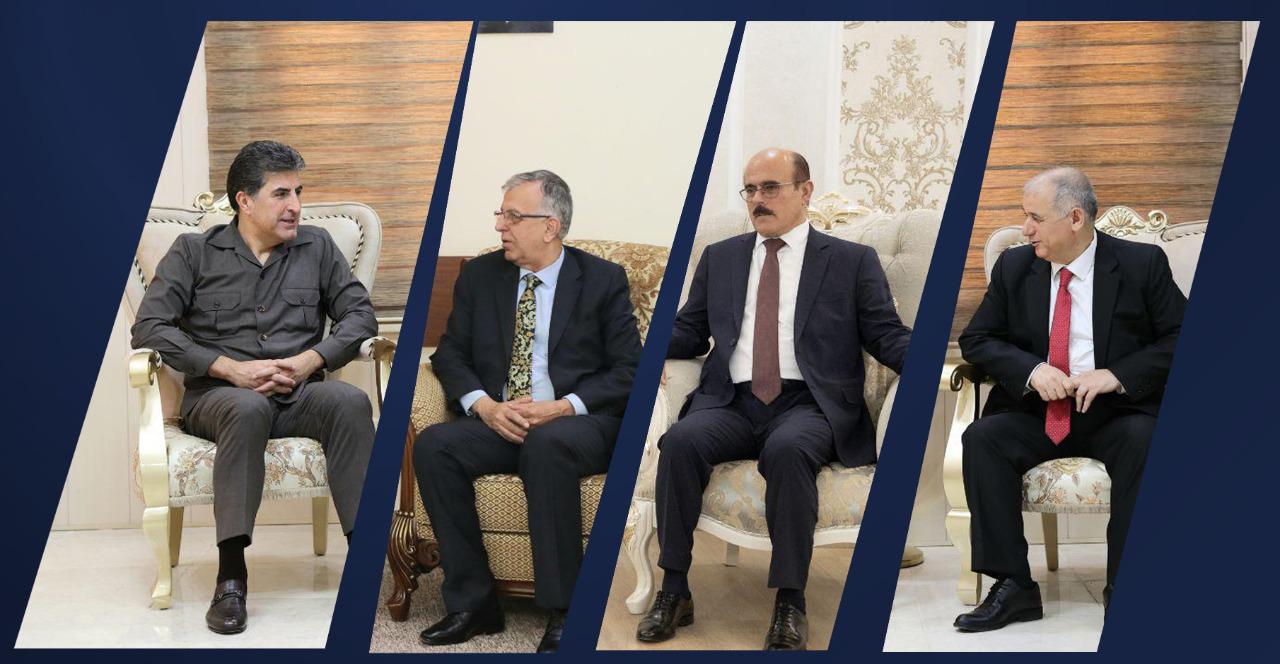 According to a readout issued by the Region's Presidency, the meeting, attended by Kurdistan's Vice President Mustafa Said Qader, discussed updates on the situation in Kurdistan and Iraq, the relation between the Federal and Regional Governments, and the Region's constitution, among other files.

The attendees expressed appreciation for the role played by President Barzani and the Region's Presidium in bringing together all the communities of Kurdistan, asserting, "the Unity of all the Kurdistan parties and communities is the only guarantee to protect the rights and entitlements of the Kurdistan People."

The leaders of the parties said they fully endorse the efforts of President Barzani to achieve unity and coherence inside the Kurdish house.

For his part, President Barzani reiterated the Presidium's aspirations to settle the differences and establish communication channels between all parties, institutions, and communities, expressing gratitude to the sides supporting the Presidium's endeavors toward this conquest.