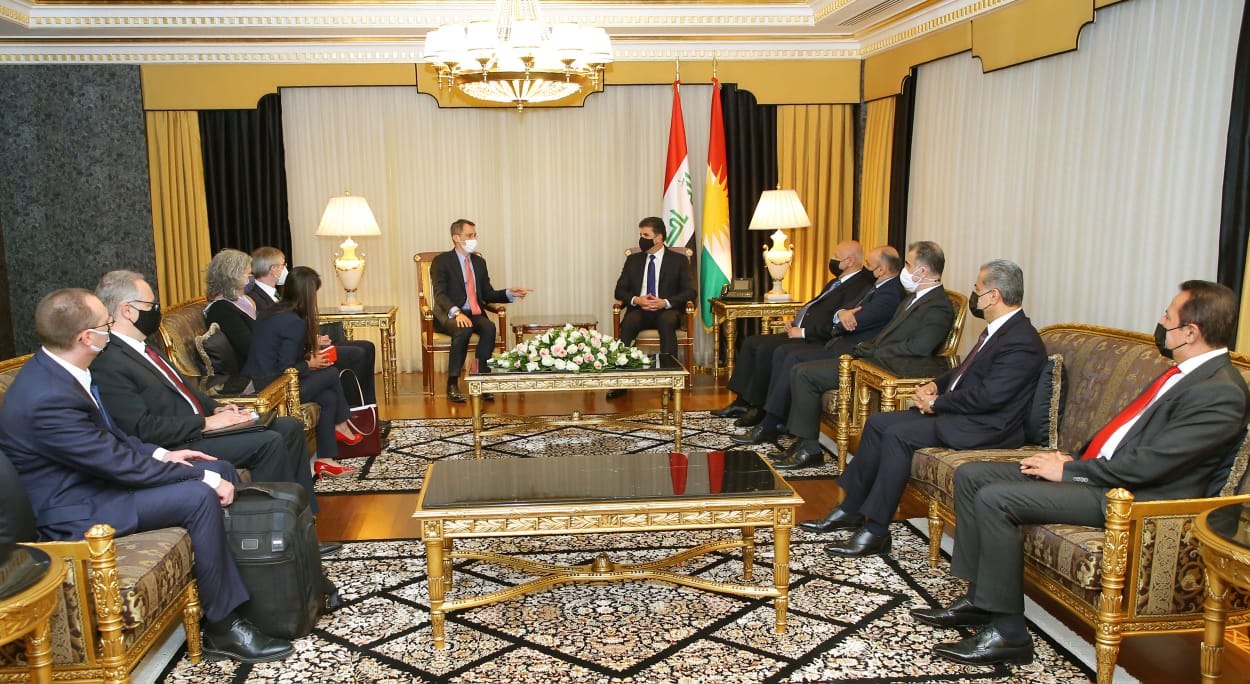 A statement by the Presidency of the Region said that the President discussed with the delegation the situation in Iraq and the Kurdistan Region, the Baghdad-Erbil relations, the upcoming elections, ISIS threats, and the Global Coalition tasks in Iraq.

The statement pointed out that the parties agreed on considering ISIS a great threat to the security and stability of Iraq and the region, stressing the need to eliminate it.

The meeting highlighted Iraq’s need for the Global Coalition aid to face the terrorist organization.

The two sides laid emphasis on the importance of support and coordination between the Peshmerga and the Iraqi forces.