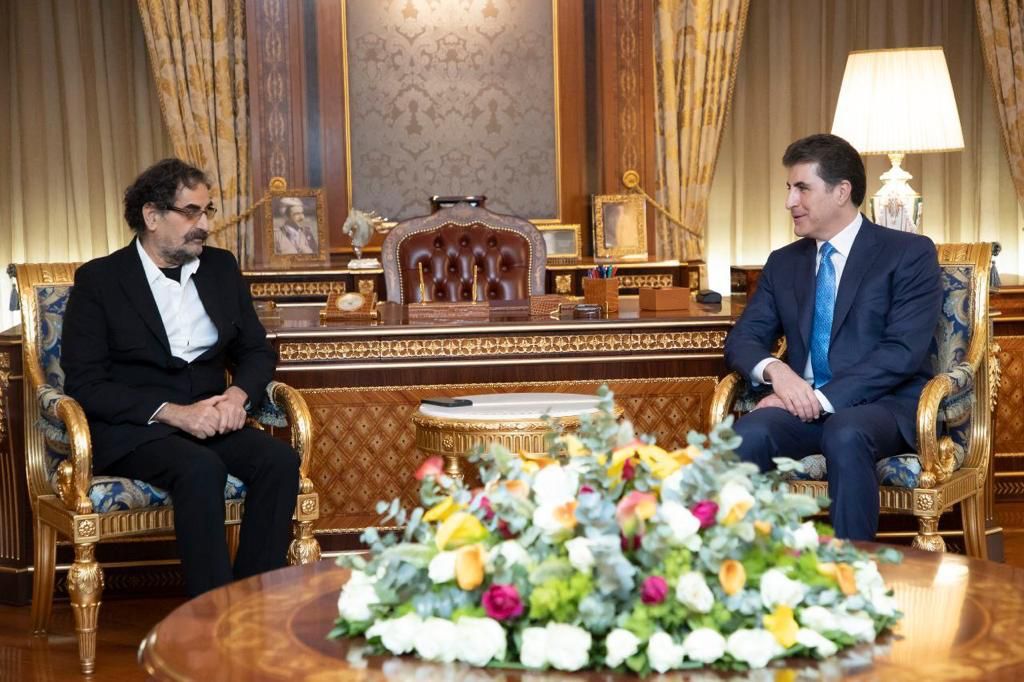 In a statement, the Presidency said that Barzani praised Professor Nazeri's artistic history, services, and works, noting that the awards he received are a "pride for every Kurdish."

In turn, the Kurdish artist said that honoring him by the Kurdish government is more precious than other international honors and awards.

Shahram Nazeri, 72, is an Iranian tenor of Kurdish origin from Kermanshah. Nazeri was the first musician to include Rumi's poetry within Persian music.

Nazeri came to Erbil to receive the Golden Award from the Kurdish Ministry of Culture and Sport for his achievements.