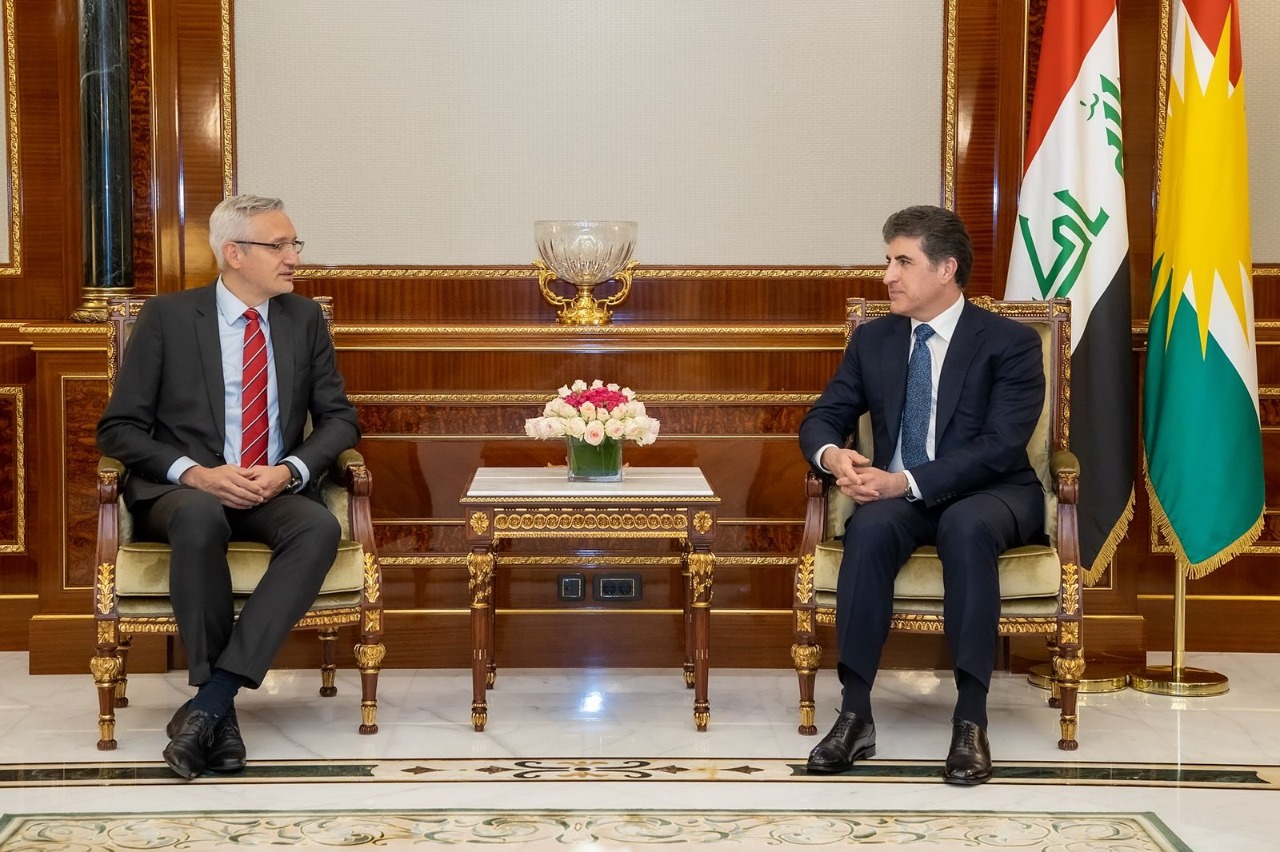 Shafaq News / The President of the Kurdistan Region, Nechirvan Barzani, stressed during his meeting with the German ambassador to Baghdad, that achieving stability through dialogue is the most important entitlement for the country at the moment.

A statement by the Presidency of the Region said that the two sides discussed the latest political developments in the country, ways to fix the political process to achieve security and stability.

President Barzani expressed Erbil's readiness to discuss and solve the differences with Baghdad in a way that serves the country.

For his part, the German ambassador said that Europe pays great attention to Iraq's political situation, and supports achieving stability in the country.