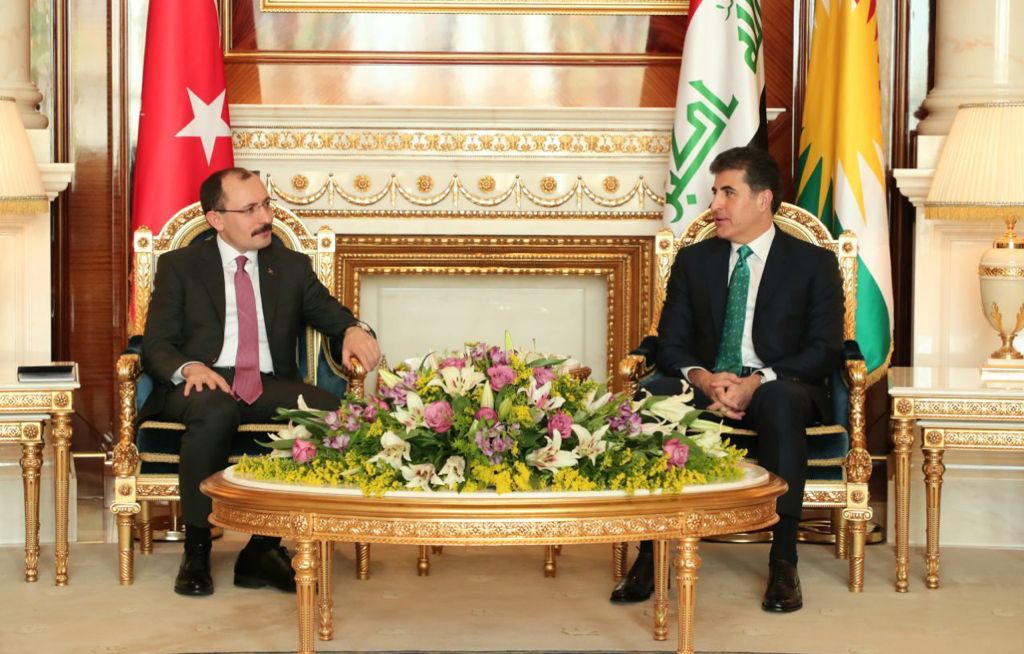 Shafaq News/ The President of the Kurdistan Region, Nechirvan Barzani, and Turkey’s Minister of Commerce, Mehmet Muş, held a meeting in Erbil on Sunday.

According to a readout issued by the Presidency, Barzani reiterated willingness to expand and strengthen Iraq and the Kurdistan Region’s economic and commercial relations with Turkey.

President Barzani and Minister Muş agreed that all obstacles to trade between the two sides must be removed.

For his part, Minister of Commerce reaffirmed the willingness of his country to boost commercial ties and to expand economic cooperation with the Kurdistan Region. Dr. Muş referred to a number of successful Turkish investments in the regional countries which can also be emulated in the Kurdistan Region and be expanded further into Iraq.

During the meeting, which was attended by Kurdistan Region’s relevant ministers and officials, Turkey’s Ambassador to Iraq and a Turkish delegation, the impact of COVID-19 pandemic on trade and commerce was highlighted.

Discussions also focused on the volume of Turkey’s trade with the Kurdistan Region and Iraq, international standards of banking system and transfer of funds, financial courts, tourism and other topics of mutual interest.

Kurdistan to participate in the Turkish-Iraqi Investment and Trade Forum