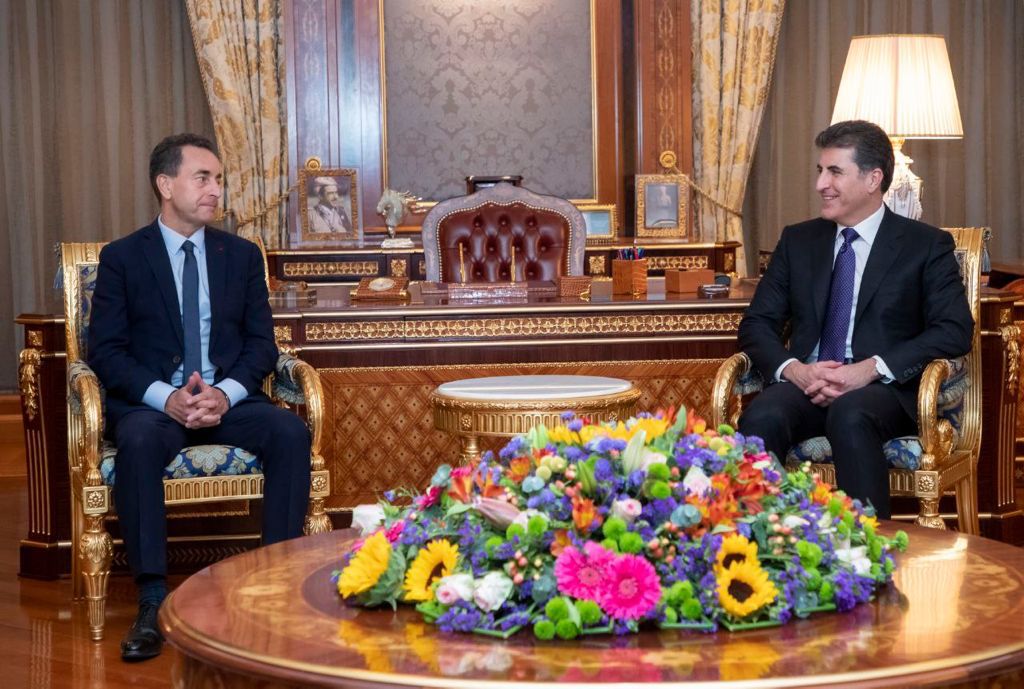 According to a readout issued by his office, President Barzani wished the French diplomat success in his mission and "presented a briefing on the political situation, elections, prospects of the political process in Iraq, the ties between Baghdad and Erbil, ISIS threats, and hurdles facing Iraq."

The two sides expressed mutual endeavors in developing the relations between Erbil and Paris, laying emphasis on the vitality of the support of France and the International Community to the stability of Iraq and, consequently, the Middle East.

The meeting touched upon the investment prospects of French capitals in Kurdistan and Iraq among a spectrum of issues of mutual interest, according to the Region's Presidency.