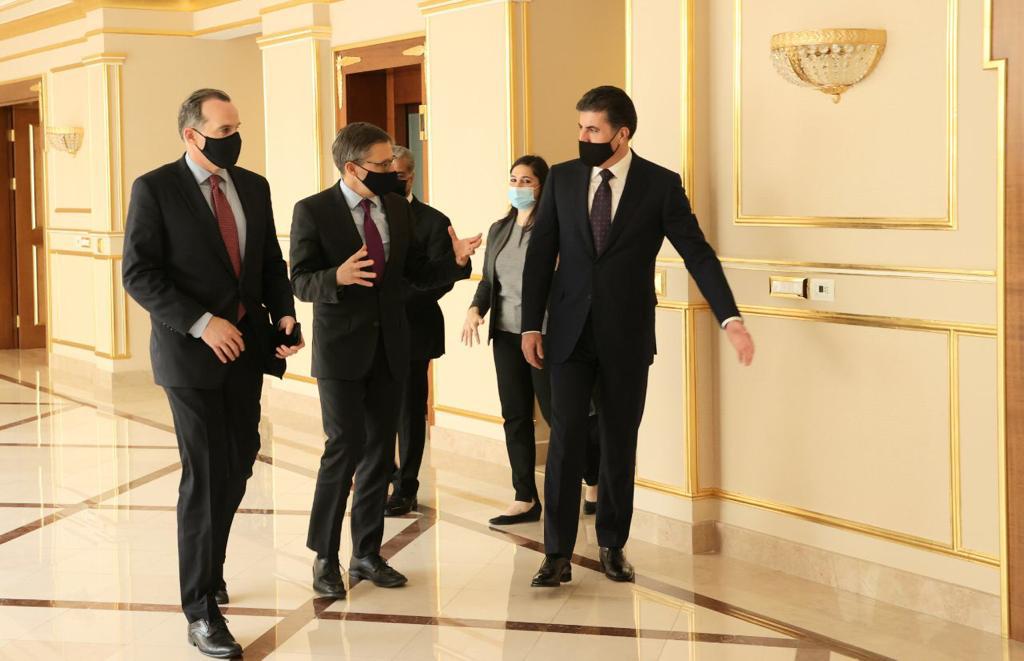 Shafaq News/ The President of Kurdistan, Nechirvan Barzani, received today, Wednesday, a joint high-level delegation from the White House, US departments of State and Defense, in the capital of the Region, Erbil.

The delegation included the counselor of the United States Department of State Derek Chollet, the Deputy Assistant Secretary of Defense (DASD) for the Middle East Dana Stroul, Acting Assist Secretary Bureau of Near Eastern Affairs Joey Hood, and the White House Coordinator for the Middle East and North Africa Bret McGurk, among other officials in the US administration, US embassy in Baghdad, and US consulate-General in Erbil.

The delegation reiterated the US administration's appreciation for the role of the Kurdistan Region and the Peshmerga forces in destroying ISIS, highlighting the mutual agreement over continuing the cooperation and coordination until the eradication of the terrorist organization.

The meeting touched upon the strategic dialogue in which the Region is taking part, the 30th anniversary of the safe zone, the role of the US and the Global Coalition in protecting Kurdistan, Baghdad-Erbil relations, the Iraqi legislative elections, and a spectrum of issues of mutual interest.