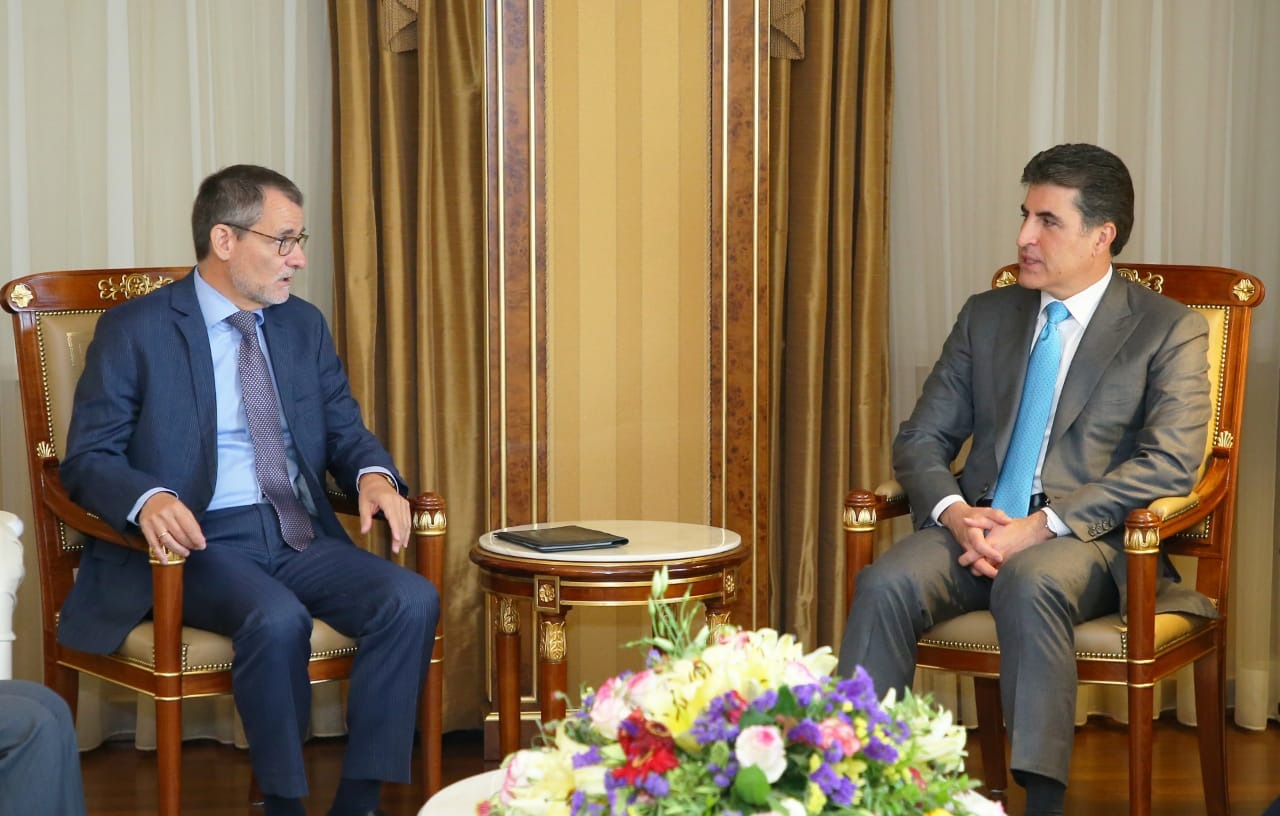 Shafaq News/ The President of Kurdistan, Nechirvan Barzani, received today, Wednesday, the Ambassador of the European Union (EU) to Iraq, Martin Huth, in the capital of the Region, Erbil.

According to a readout issued by President Barzani, the meeting attended by the EU's office in Erbil manager discussed the latest security and political developments in Iraq, Baghdad, and Erbil's ties with the International community, the endeavors to draft a constitution for the Region, and the upcoming legislative elections in Iraq.

The two sides agreed upon developing the relations between Iraq and Kurdistan with the EU countries, expanding the cooperation and coordination with them, and stressing that Iraq still needs EU's support in many fields.

The readout indicated that the meeting touched upon the situation in the Kurdistan Region, Freedoms, Democracy, and human rights, among other issues.

"The Kurdistan Region is on the right track and correct approach and nests all the mutual values with the developed world," he added.