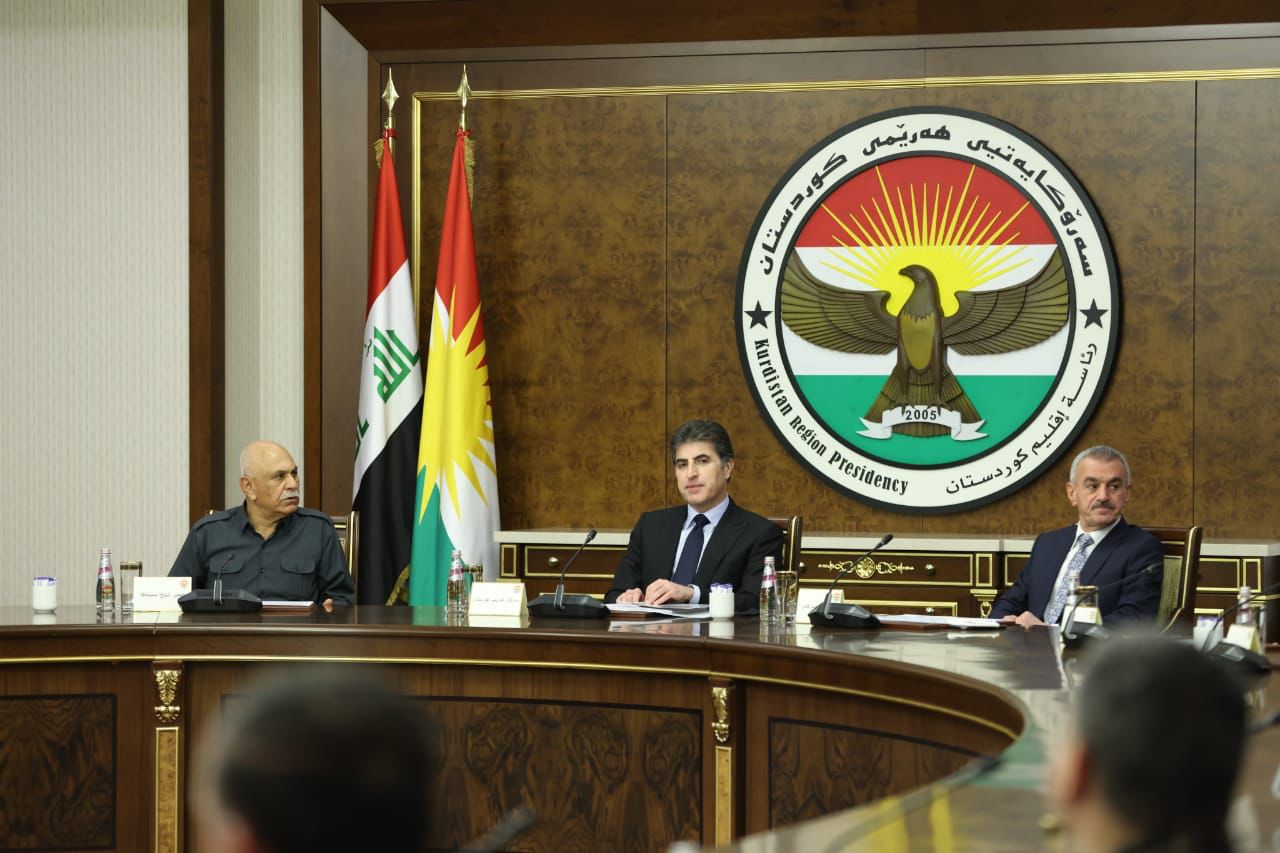 Shafaq News/ The President of the Kurdistan Region, Nechirvan Barzani, held a special meeting with the leaders of the Peshmerga forces.

An official source told Shafaq News Agency that the president of the region discussed with the leaders of the Peshmerga ISIS threats and the steps that should be taken following the recent attacks.

He added that the Ministers of Peshmerga and Interior, in addition to military leaders, attended the meeting.

President Barzani: Kurdistan would always be a haven for forgiveness