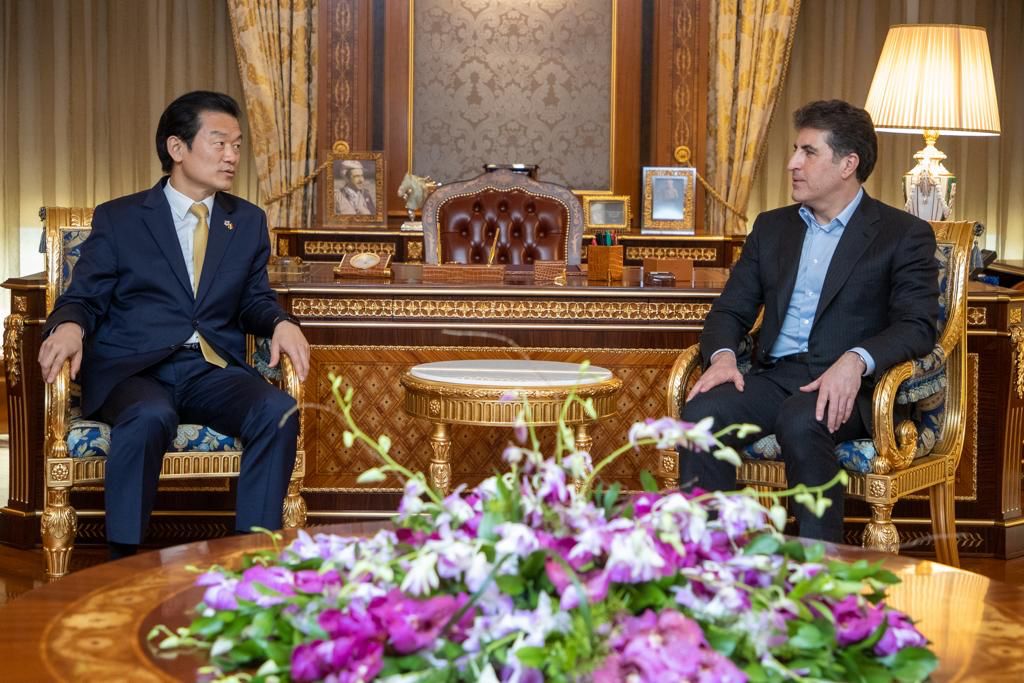 Shafaq News/ Kurdistan's President Nechirvan Barzani received on Tuesday the outgoing Consul-General of the Republic of South Korea in the capital of the Kurdistan Region, Erbil, Kwang-jin Choi.

Kwang-jin Choi expressed his gratitude to the President and the relevant institutions in the Kurdistan Region for supporting him while in office in Erbil, wishing further development for the Region's ties with Korea.