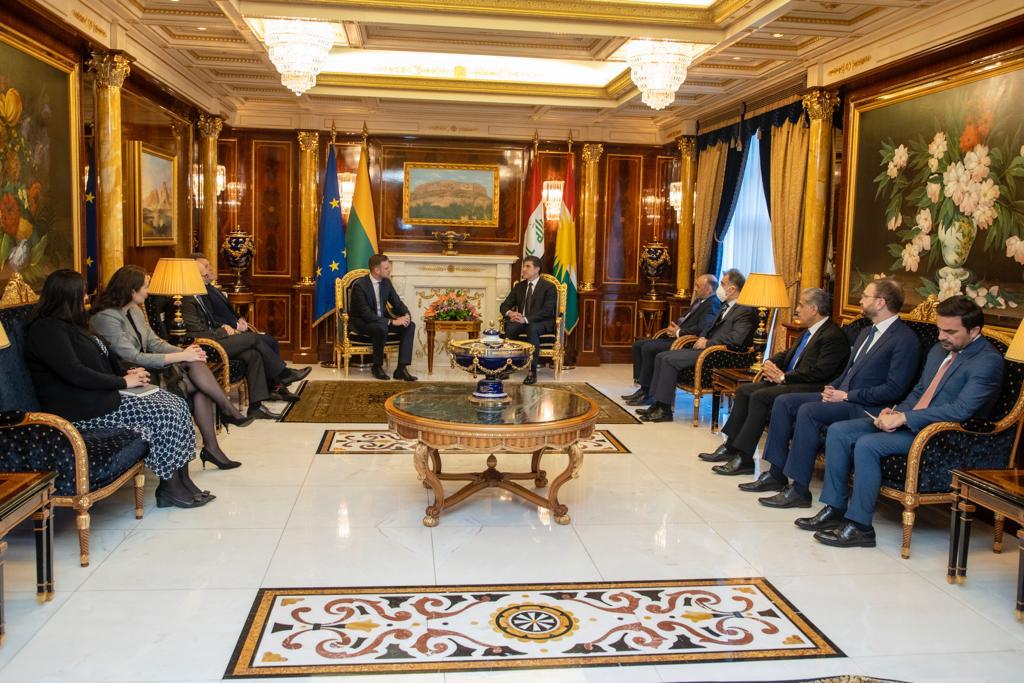 Shafaq News / The President of the Kurdistan Region, Nechirvan Barzani, discusses with the Lithuanian Minister of Foreign affairs several files of mutual interest.

A statement by the Presidency of the Region said that the two parties discussed enhancing relations between their countries, the latest political developments in Iraq, combatting terrorism, and the Iraqi refugees' living conditions in European camps.

The Lithuanian minister expressed appreciation for Iraq and the Kurdistan Region's efforts to solve the refugees' file, hoping for it to be an opportunity to straighten cooperation between the two countries in all fields.

For his part, President Barzani thanked the Lithuanian Minister for his country's effort and for being part of the Global Coalition to fight ISIS.

The two parties agreed on the need to combat human trafficking, as well using people for political interests, according to the statement, which requires high-level joint work between the Kurdistan Region and European countries.

President Barzani on the International Day for Genocide Victims: committed to coexistence, tolerance, and justice