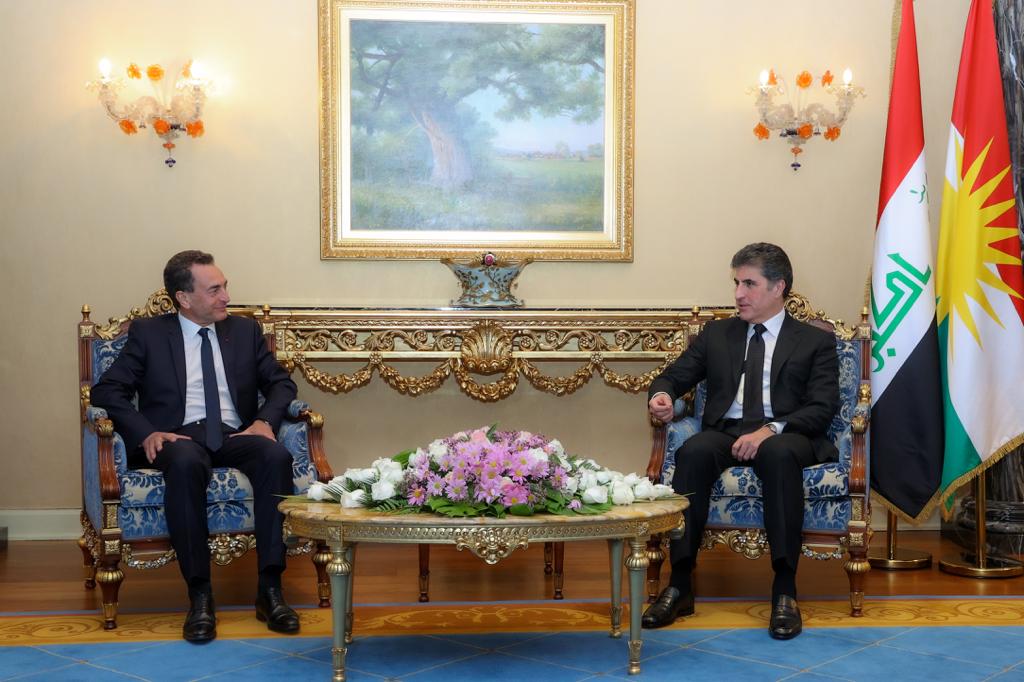 Shafaq News / President Nechirvan Barzani strongly denounced the deadly ISIS terrorist attacks in Makhmour area last night, and calls for broader coordination between the Iraqi army and Peshmarga forces with support from the International Coalition. Below is the message:

We strongly condemn last night’s ISIS terrorist attacks on civilian populations in the regions of Sargaran and Qarachogh near Makhmour district, in which three brothers of the same family lost their lives and a number of citizens were injured. Several brave Peshmarga soldiers sacrificed their lives and a number of other Peshmargas were wounded while courageously responding to these terror assaults.

We extend our sincere condolences and deepest sympathies to the esteemed families of the martyrs and share their grief. May God Almighty bestow His mercy upon the fallen heroes and grant their proud families comfort and patience. We wish the wounded a speedy recovery.

The daily attacks of ISIS terror networks must be responded forcefully and briskly with comprehensive defense and military strategies in Iraq and the Kurdistan Region to bring a complete end to ongoing terrorist crimes and assaults.

Therefore, it is imperative to reassess the military conditions and capabilities, to take immediate actions to optimize coordination between the Iraqi army and the Peshmarga forces with the participation and support from the international coalition in order to fill the security and military vacuum in areas located between the Peshmarga and the Iraqi forces.

On the political front, all Iraqi sides must recognize that until the political process is corrected and peace and political stability in the country are established, the terrorist groups will continue to exploit the situation. It is, therefore, the patriotic priority of all Iraqis to overcome the political discord immediately, and that we all work together to confront terrorism and restore peace and stability.