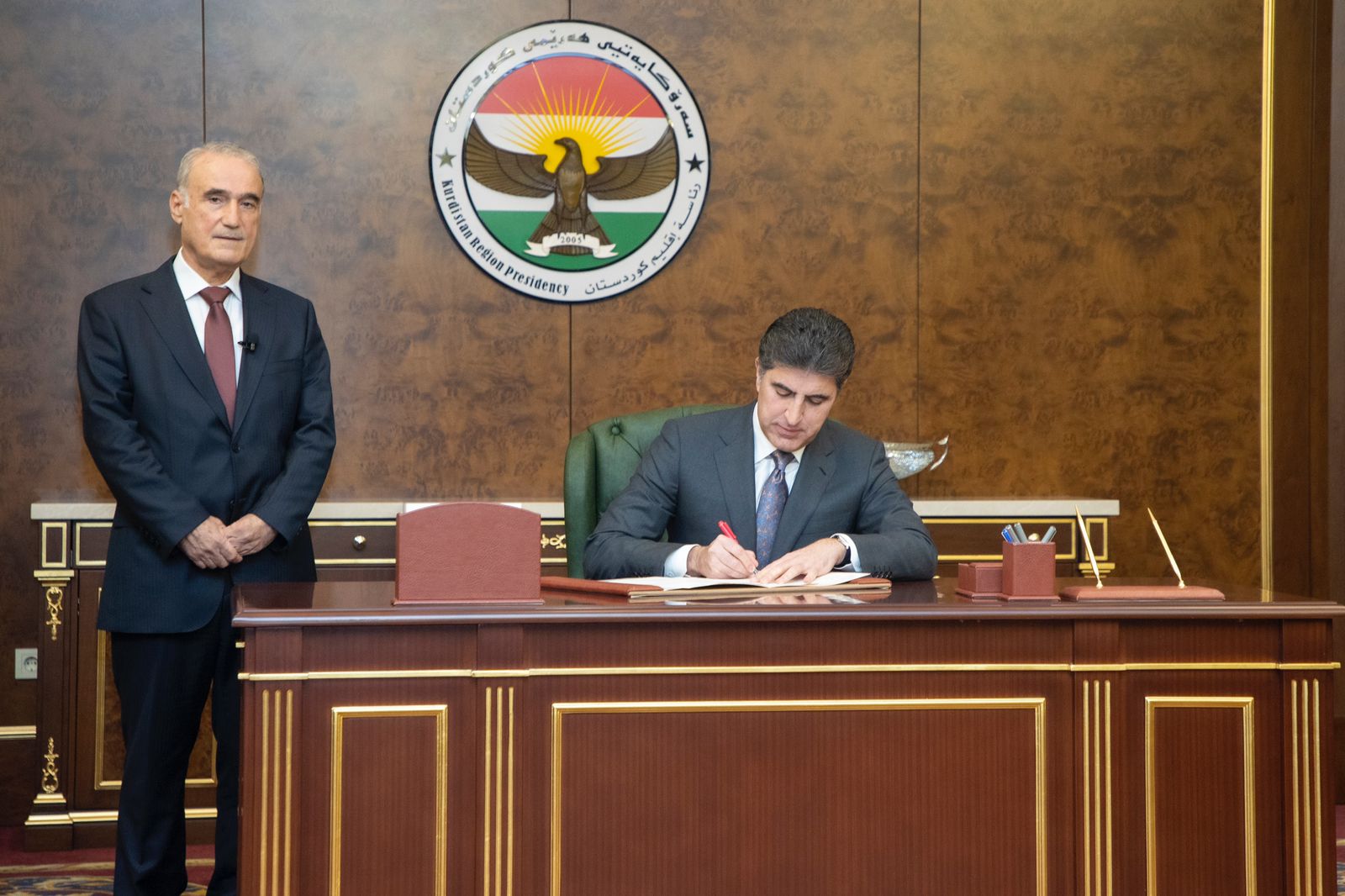 Shafaq News / The President of the Kurdistan Region, Nechirvan Barzani, issued a regional order commuting the sentences of the Badinan case convicts.

Bashdar Hussein, the convicts' attorney, said in an exclusive statement to Shafaq News agency that President Barzani issued a 60% commutation of the six-years-prison sentence against the five convicts.

He added that they will be released from prison after five months from now.

The Iraqi judiciary had sentenced five people, including two journalists, to six years in prison, in February 2020, after convicting them of trying to overthrow the government and undermining security.

They were convicted against the backdrop of bloody protests that took place in al-Sulaymaniyah late last year, as angry demonstrators attacked government and political parties' headquarters, set them on fire, and assaulted their staff.

President Barzani: the unity of the Kurdish parties is the only guarantee of our constitutional rights